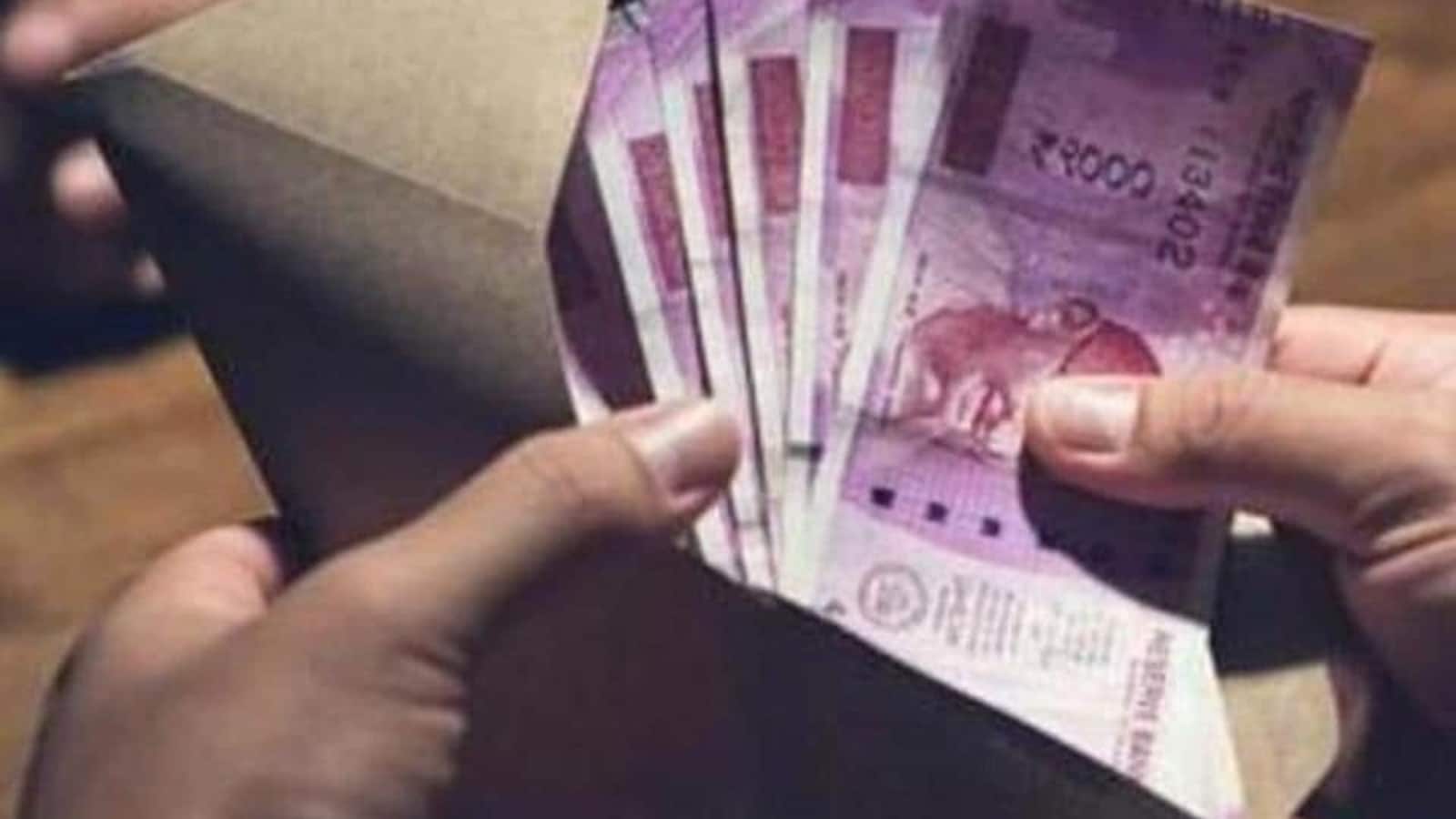 India Inc is likely to see an average salary increment of 9.8 per cent in 2023, slightly higher than a 9.4 per cent hike in 2022, and for top talent the increase will be much more, says a survey.

The survey that covered 818 organisations with more than 800,000 incumbents noted that salaries are set to increase by 9.8 per cent in India in 2023.

While the increment was significantly down at 6.8 per cent in the pandemic-hit 2020, the current growth trend reflects the resilience and ability of leaders and employees to reimagine and rebuild for a sustainable future.

Also read: Technoware Solutions delivers salary increments for 96% of its workers for FY23

In alignment with India’s focus on accelerated digital capability building, the survey has projected substantial increments in life sciences & healthcare and high technology sectors at 10.2 per cent and 10.4 per cent, respectively.

“Although recession and economic slowdown are being discussed across the globe, there is optimism about the Indian economy with a projected GDP growth of 6 per cent upwards,” Navnit Singh, Chairman and Regional Managing Director, Korn Ferry said.

Singh further noted that for top talent, the salary increment can be anything as high as 15 per cent to 30 per cent.

While the macroeconomic outlook is positive, there are new and increasing pressures on businesses: changing customer preferences, digital transformation, increased collaboration, and more.

To stay ahead, most businesses will need to transform their workforce to meet these demands. Further, 60 per cent of the organizations in the survey indicated that they have adopted some kind of a hybrid model.

Meanwhile, employees in Tier 1 cities continue to receive higher compensation in India, when compared with Tier 2 and Tier 3 cities.

However, with the hybrid model and remote work developing into an accepted norm, “we are seeing a shift towards work becoming location agnostic, aiding Tier 2 cities such as Ahmedabad and Pune in giving competition to Tier 1 cities in Fixed Annual Cash received by employees”, it said.

Scandinavian design is a start, but Electrolux Well A7 purifier must plug gaps

Explained: Why use of scrap in steel production is vital to mitigate pollution Union Steel Minister Jyotiraditya Scindia said on Saturday that his department will encourage primary steel makers to use 50% of their input from recycled or scrap steel by 2047 in order to reduce CO2 emissions and move toward a green economy that will protect Mother Earth.

How polluting is crude steel production?

With a production capacity of approximately 120 million tonnes, India has grown to become the world’s second-largest steel manufacturer. The steel industry is expected to grow double over the next decade.

In this context, the consumption of huge amount of energy and resources for steel production need to be tackled. The most concerning part is, in its current state, it is extremely polluting. A tonne of steel today emits 2.55 tonnes of carbon dioxide. ALSO READ: Study proposes profitable ways to repurpose industrial waste

How use of scrap in steel production help mitigate pollution?

Steel production using scrap as the primary raw material helps to conserve vital natural resources, among other advantages. According to the steel scrap recycling policy of Ministry of Steel, each tonne of scrap saves 1.1 tonne of iron ore, 630 kg of coking coal, and 55 kg of limestone. It reduces energy consumption by 16-17%. Additionally, it cuts water consumption and GHG emissions by 40% and 58%, respectively, the report states.

Challenges in reuse of steel scrap

1. It is difficult to ensure that scrap steel meets the necessary quality criteria for reuse because it may have deteriorated over time or been contaminated, which is a major barrier to output quality control.

2. Steel scrap frequentl y consists of a variety of steel types and grades that must be separated and sorted before they can be reused.

3. Because of its volume and mass, moving and storing large amounts of steel scrap can be difficult.

4. Depending on its intended use, steel scrap may necessitate a variety of processing steps that can be extremely energy-intensive and potentially harmful to the environment.

5. India relies heavily on imports of high-grade steel scrap to meet its demand. However, several countries, including the UAE and the EU, have restricted exports, making raw materials scarce. 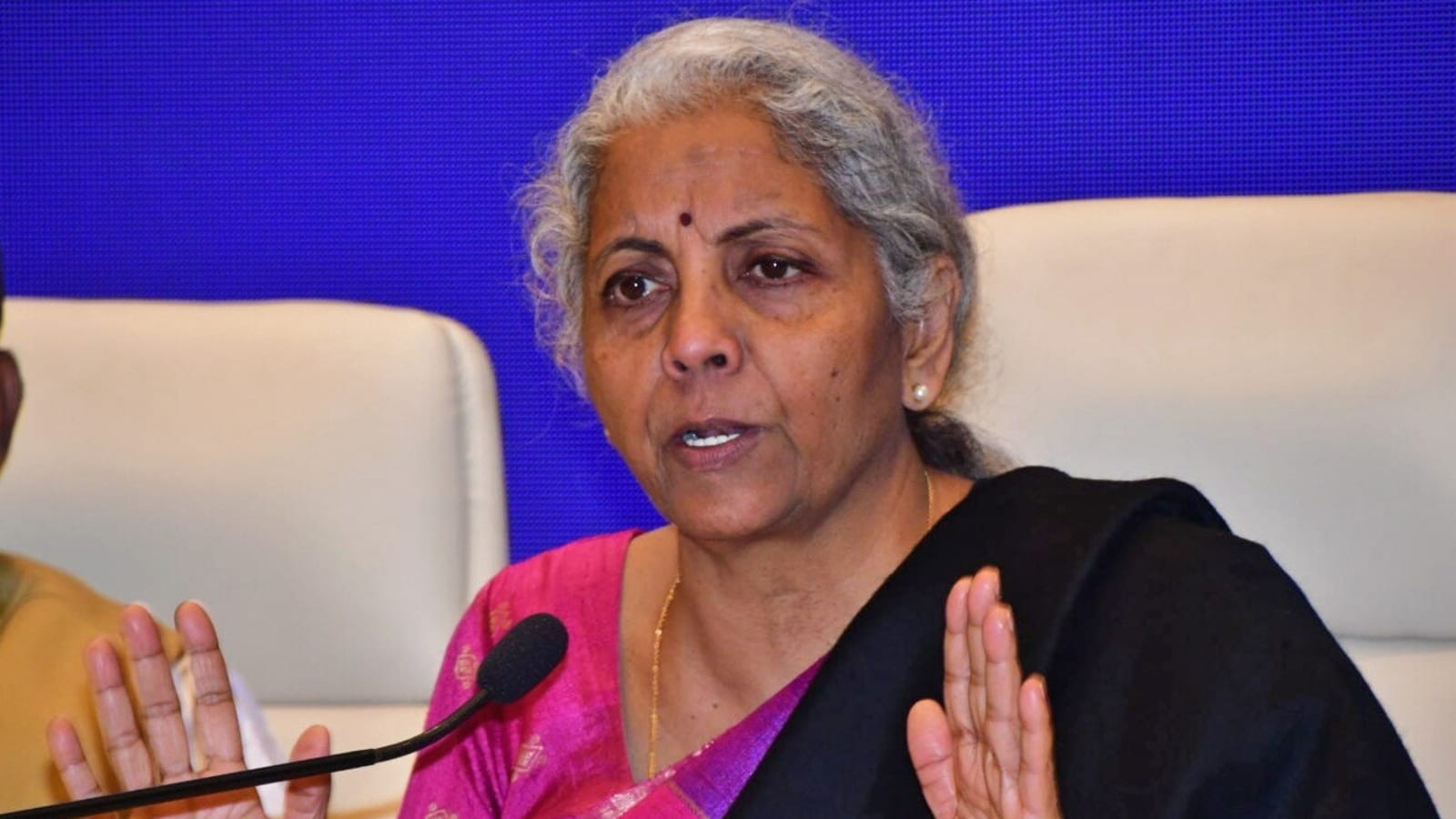 Finance Minister Nirmala Sitharaman has said that regulators Sebi and RBI should always be on their toes to keep the equity market stable and indicated that the Adani stock rout following a Hindenburg report was a company specific issue.

She said banks and insurance companies are “not overexposed” to any one company and assured that Indian markets are very well managed by its regulators.

“Yes, there have been occasional blips in the market, maybe small or big, but they do address issues like that. And I strongly believe that our regulators are seized of this matter,” Sitharaman said in an interview to Times Now.

Adani Group stocks are witnessing a meltdown on the bourses after the US-based short-seller Hindenburg Research made a litany of allegations in a report, including fraudulent transactions and share price manipulation at the Gautam Adani-led group.

The Adani group has dismissed the charges as lies, saying it complies with all laws and disclosure requirements.

Hindenburg released the report on January 24 — the day on which Adani Enterprises’ ₹20,000-crore follow-on share sale opened for anchor investors, while the allegations have been rejected by the conglomerate.

Though the follow on public offer (FPO) was over-subscribed, the Adani group decided to scrap the FPO.

The Minister was replying to a question on whether the Adani group stock rout was just a market activity, or this has happened for just one stock.

The stock price of Adani Enterprises fell by over 70 per cent from its peak of ₹4,190 in December, last year.

Since January 24, the BSE Sensex has slumped by over 1,000 points largely driven by sell off in Adani group stocks.

Asked if the Adani issue is just a company problem, Sitharaman said: “I would think so”.

Sitharaman said banks and insurance companies, which have exposure to Adani group, are themselves speaking, and covering every aspect of what is worrying people, and disclosing their exposure.

“They are not overexposed to any one company. You are hearing it from the horse’s mouth,” Sitharaman said.

Amid concerns over banks’ exposure to the crisis-ridden Adani Group, the Reserve Bank had on February 3, issued a statement saying that India’s banking sector is resilient and stable, and the central bank maintains constant vigil on the lenders.

Similarly, stock market regulator Sebi on Saturday said it is committed to ensuring the stock market’s integrity and all necessary surveillance measures are in place to address any excessive volatility in individual shares.

Without naming Adani group specifically, the capital markets watchdog said in a statement that unusual price movement in the stocks of a business conglomerate has been observed in the past week.

The 10 listed Adani group firms have faced a combined erosion of over ₹8.5 lakh crore in just six trading sessions.

Several Opposition leaders and some experts have been raising questions about Sebi not acting in the Adani matter, while Parliament proceedings have also got disrupted on this issue for two days.

Stock exchanges BSE and NSE have put three Adani group companies — Adani Enterprises, Adani Ports and Special Economic Zone and Ambuja Cements — under their short-term additional surveillance measure (ASM), which basically means that intra-day trading would require a 100 per cent upfront margin and is aimed at curbing speculation and short-selling in these stocks.

India’s focus should not be on trade deficit, but… :NITI Aayog’s VC on China 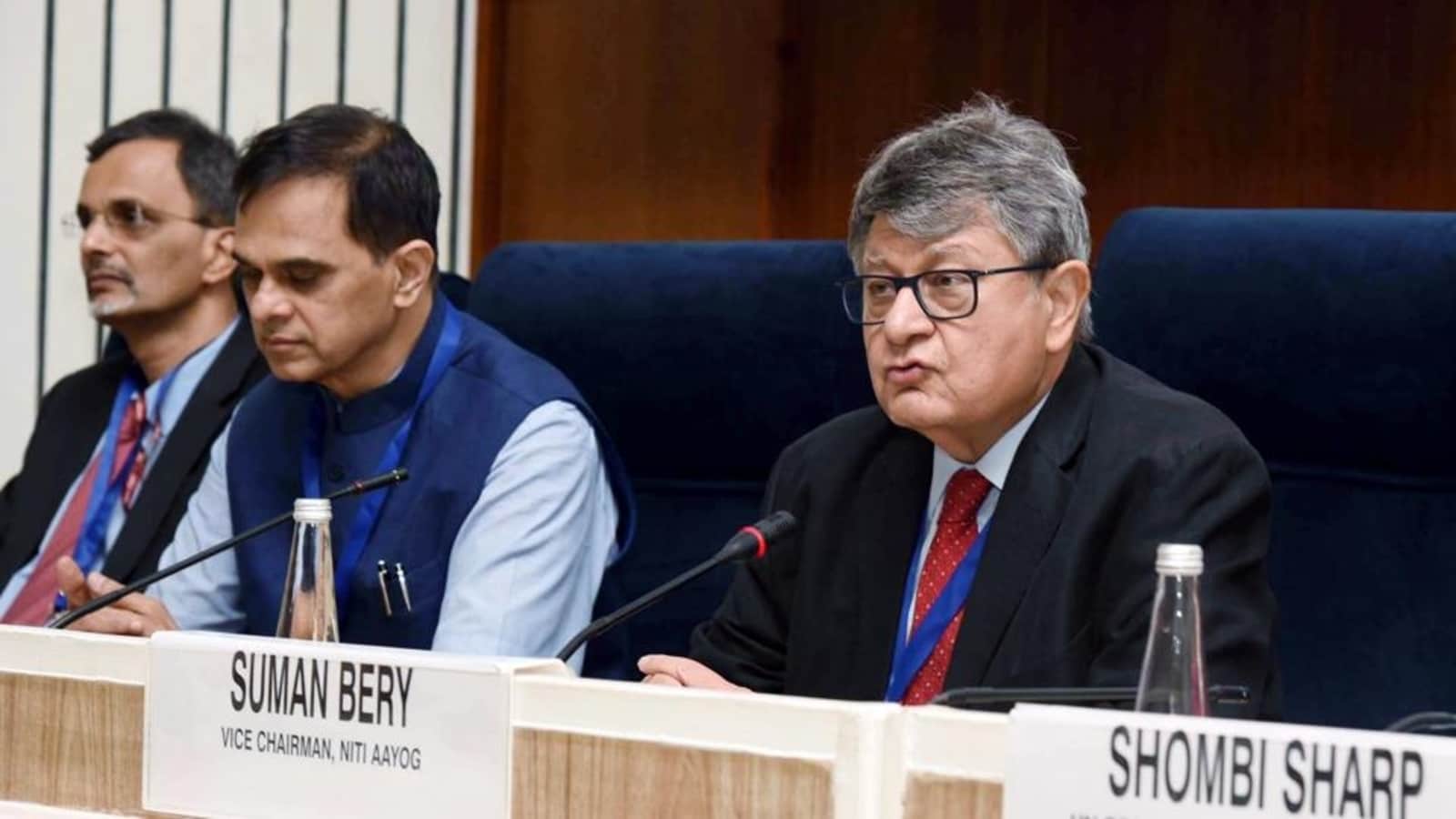 NITI Aayog vice chairman Suman Bery on Sunday said that India’s focus should not be on overall trade deficit with China, instead it should be on reducing New Delhi’s dependence on Beijing for certain critical inputs. ALSO READ: Non-BJP states seek Niti Aayog-like body for revamping planning boards

According to Bery, the right response is to diversify to other sources of supply for critical inputs including active pharmaceutical ingredients (APIs) and supply chain for renewables.

China is the world’s largest producer and exporter of APIs and many of the Indian companies depend on imports of the ingredients to produce various formulations.

“India’s focus should not be on the trade deficit with China. It should be on our dependence on China for certain critical inputs,” he told.

He was asked what measures India should take to reduce its rising trade deficit with China.

He said it is unfortunate that in the last seven years, the larger powers, both the US and China have chosen to weaponise trade interdependence. ALSO READ: ‘Fresh vegetables… combat readiness’: Xi Jinping asks Indo-China border troops

“It is unfortunate that China, which is a very competitive source of intermediate goods, is also a power with which we have some military difficulty that puts a different kind of complexion,” he said.

Indian and Chinese troops clashed along the Line of Actual Control (LAC) in the Tawang sector of Arunachal Pradesh on December 9 and the face-off resulted in “minor injuries to a few personnel from both sides.

According to recent data released by the Chinese customs, the trade between India and China touched an all-time high of USD 135.98 billion in 2022, while New Delhi’s trade deficit with Beijing crossed the USD 100 billion mark for the first time despite frosty bilateral relations.

To reduce the trade deficit with China, Bery suggested that India should formulate a sector-by-sector strategy.

Bery said Chinese enterprises are looking for markets and they want to hold on to the Indian market. “And to do that, they should be prevented from being monopolists, by the way,” Bery emphasised.