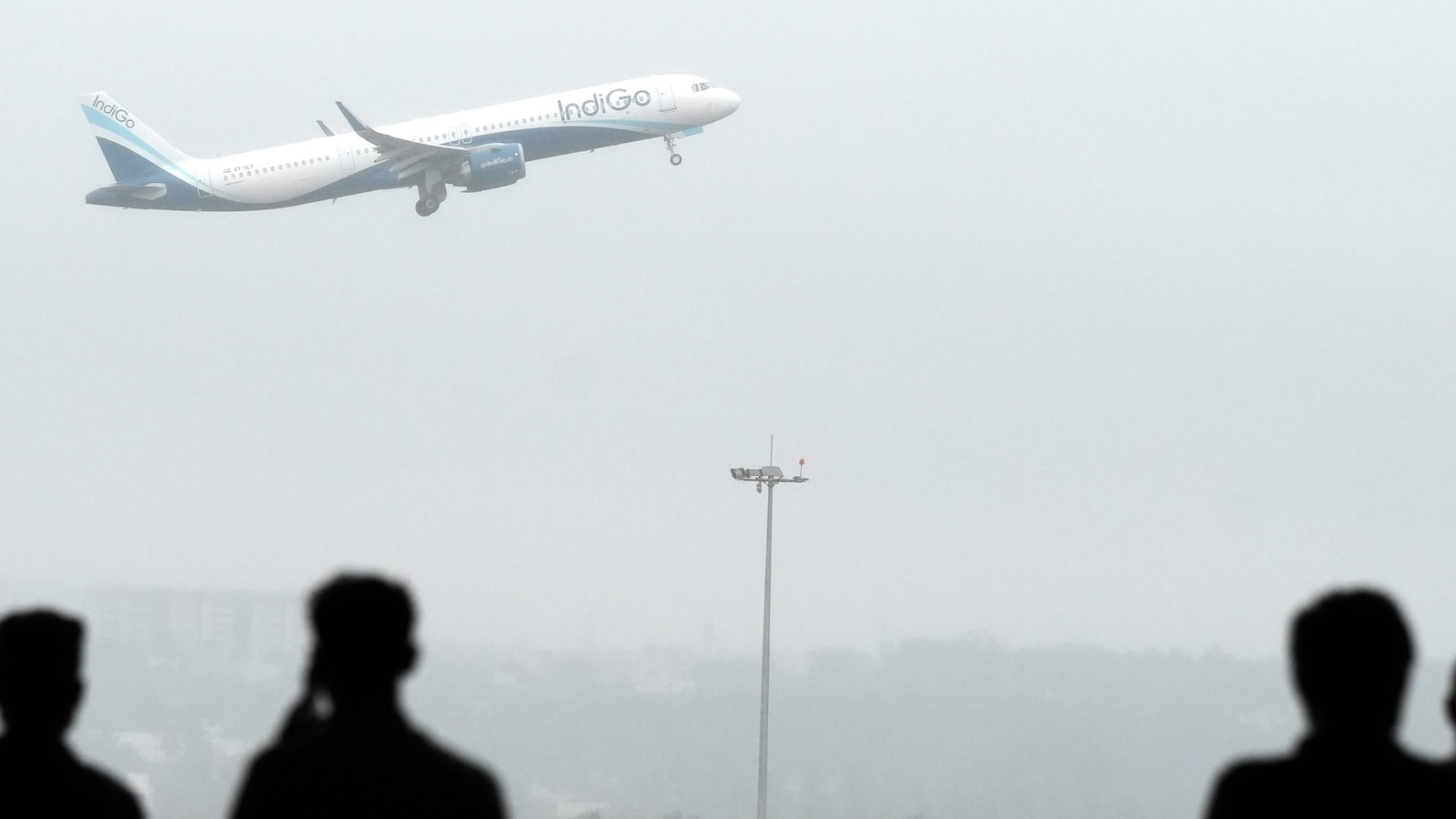 The Adani Airports CEO stated that this is the policy agenda but we are keen to acquire new airports.

“This is the policy agenda. This needs to see the next round of bidding when the government decides to go and we of course to ambition to try for new acquisitions,” Mr Bansal told ANI.

“We are very happy to receive these awards and be recognised as the best regional airports in the country for Lucknow and Ahmedabad,” he told ANI.

Currently, the Adani airport holding company is running 7 airports in the country.

However, he shared his belief in the Indian aviation growth industry and said that in a period of five to ten years, 900 million passengers would be flying through Indian airports.

“If you really look at the Indian aviation sector, India will see tremendous growth. If you look at the global growth as passengers, the percentage of population as compared to India is still fairly low.”

“Before the Covid pandemic, around 300 million passengers flew from Indian airports. This number will grow thrice in the next five to ten years. So there is tremendous potential for growth in the aviation sector in India,” said Mr Bansal.

He stated that for meeting the growth of passengers, “Airport is playing a significant role in making sure to let the consumer use the facility of the airport,” he added.

Related Topics:adaniairportaviationcovidgautam adani
Up Next

4 in 5 professionals in India plan to change jobs in 2023: Report 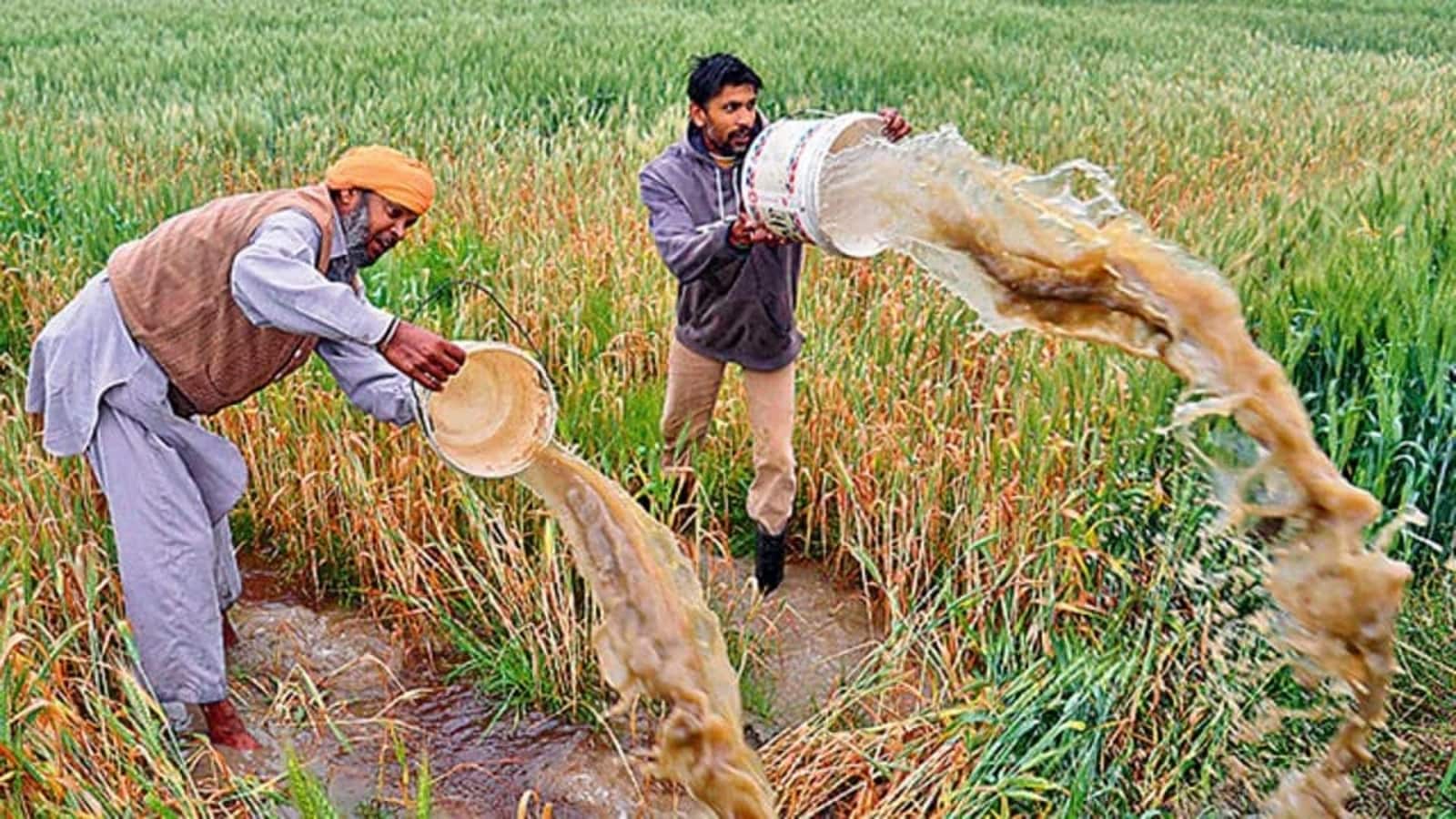 India’s agriculture sector, which accounts for nearly 15% of the country’s GDP and is the largest provider of employment, has seen resilient growth despite Covid-19 shocks, expanding 4.6% on average in the past six years, the Economic Survey tabled in Parliament said on Tuesday.

The annual statement on the state of the economy, however, said the sector needed reorientation as it faced increasing risks from climate change, fragmented landholdings, low level of mechanization and rising costs of cultivation. “While Indian agriculture has performed well, the sector needs reorientation in the backdrop of certain challenges,” it said.

The performance of the agriculture sector remains “critical to growth and employment” in the country, the survey said, adding that investment “must be encouraged” through an affordable, timely and inclusive approach to “credit delivery”.

The agriculture sector saw “buoyant growth” because of the measures taken by the government to augment crop and livestock productivity, ensure certainty of returns to the farmers through minimum support price and focused interventions to enhance credit availability, the survey said.

The annual Economic Survey was presented in Parliament , a day before the finance minister will unveil the Union budget for 2023-24.

The production of pulses has also been notably higher than the average of 23.8 million tonne in the past five years.

To further remove the financial burden of the poor, the government will spend more than Rs. 2 lakh crore in this period on food subsidies under National Food Security Act and other welfare schemes, the survey said.

Policies such as Soil Health Cards, Micro Irrigation Fund, and organic and natural farming have helped the farmers to optimise resource use and reduce the cultivation costs. The promotion of Farmer Producer Organisations and the National Agriculture Market extension platform have “empowered farmers”, enhancing resources, the survey said.

The federal Agri Infrastructure Fund has boosted creation of various agriculture infrastructure and the Kisan Rail service has exclusively catered to the movement of perishable agricultural commodities, it added. 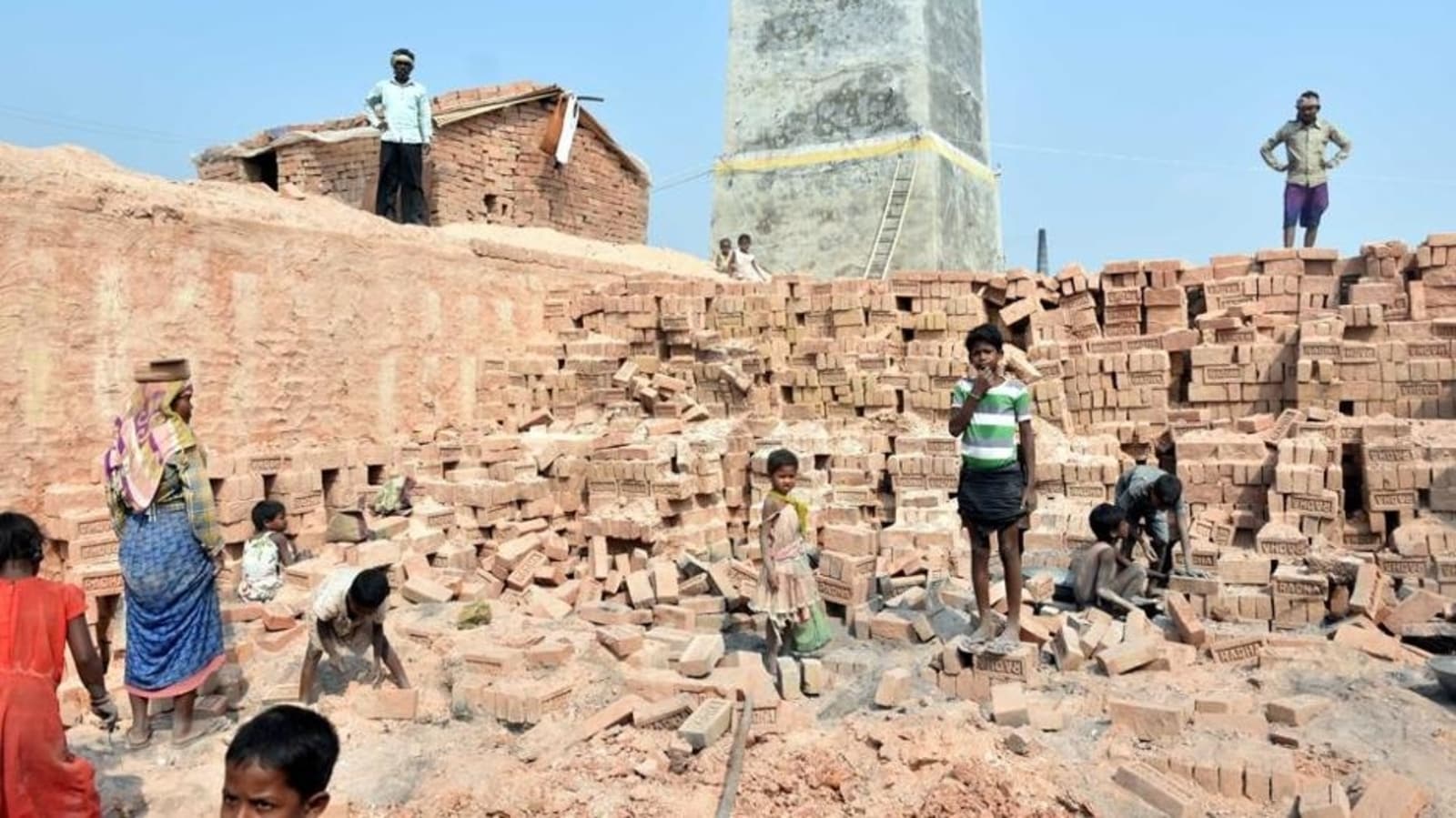 Have labour markets recovered from the pandemic shock? While the 2022-23 Economic Survey says they have, using statistics from the Periodic Labour Force Survey (PLFS), there is reason to be cautious about this claim. Here’s why.

Labour force participation rate (LFPR) and worker participation rate (WPR) were at their highest in the two quarters till September last year. LFPR is the share of population working or looking for work, and WPR is the share of workers in the population. Unemployment rate was at its lowest level in both these quarters. These comparisons are made on annual basis rather than sequentially, as seasonal factors affect labour market conditions. “This trend highlights that the labour markets have recovered from the Covid-19 impact,” the survey said.

While there is nothing factually wrong with this claim, it might be missing the qualitative worsening in labour markets after the pandemic, as HT has been pointing out in its analysis of the quarterly PLFS rounds.

The share of salaried or regular wage urban workers, who are the best paid, was 48.6% and 48.7% in the first two quarters of 2022-23, the second-lowest and lowest in the quarterly bulletin data, and lower than in 2019-20, the financial year preceding the pandemic. On the other hand, the share of self-employed urban workers was higher than pre-pandemic levels.

The higher proportion of self-employed workers suggests that LFPR, WPR and unemployment rate numbers must be read with caution. Self-employed workers also include the subcategory of unpaid workers in family enterprises. Their share among urban workers has been higher than pre-pandemic levels after the lockdown-affected June quarter of 2020.

To be sure, the data on unpaid workers can be found only from the annual report, or the unit-level data of PLFS, which is available only up to June 2021. Therefore, it is difficult to comment with certainty on the nature of the recovery in urban labour markets, as HT has reported earlier (https://bit.ly/3HniDZy).

The Economic Survey has noted the decline in quality of employment in the annual data for June 2020-July 2021 and declining rural wages in real terms in 2022-23. The deterioration in quality of urban jobs is another alarming aspect of the labour markets, even as quantitative indicators continue to recover.

This is all the more important given the fact that domestic demand is expected to be the major driver of growth, as the global economy faces volatility in the year ahead. 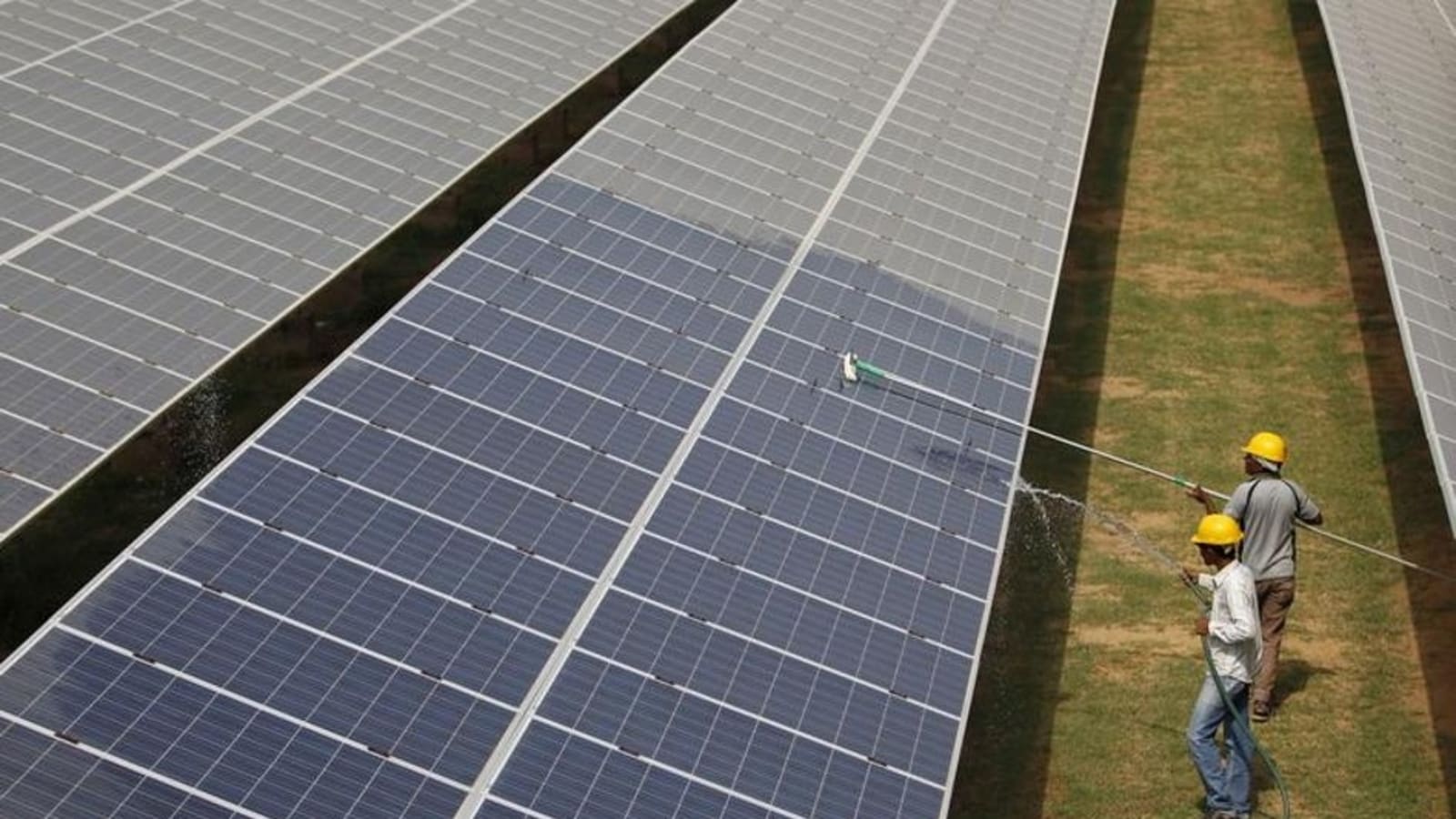 India will stick to its global commitments on containing the climate crisis, seen most notably in its ambitious targets on clean energy transition to reduce its dependence on burning fossil fuels, according to Economic Survey 2022-23 tabled in Parliament on Tuesday.

“Climate change and the environment are not only hot-button issues globally but are critical to India realising its aspirations,” chief economic adviser V Anantha Nageswaran said in the preface to the economic report card of the government. “Hence, India currently spearheads one of the most robust climate actions through its Nationally Determined Contributions (NDC), which includes an ambitious programme for transitions to clean energy in the world.”

India’s installed power generation capacity by 2029-30 is expected to be more than 800 GW, of which 500 GW will be based on sources other than fossil fuels, the survey pointed out, citing projections of the Central Electricity Authority. The country’s average carbon dioxide emission rate is expected to decline by around 29% by 2029-30 compared to 2014-15, owing to clean energy transition, it said.

“India is spearheading one of the world’s most ambitious clean energy transitions and remains steadfast in its commitment to combating climate change,” the survey said. “Despite the adverse impacts of Covid-19 on the economy, India has enhanced its climate ambition manifold.”

As much as 50% of its installed capacity to produce electricity will come from cleaner sources by 2030, India said in its updated NDC, or voluntary commitment to reduce carbon emissions, to the United Nations Framework Convention on Climate Change in August last year.

The clean energy transition will see huge demand for critical minerals such as cobalt, copper, lithium, nickel and rare earth elements that are required to produce electric vehicles and batteries, and harness solar and wind energy, the survey pointed out. It has pitched for a multidimensional mineral policy, which would reduce import dependence.

The survey also said use of green hydrogen will be an important aspect of its energy transition. The Centre approved the National Green Hydrogen Mission on January 4 with an initial outlay of ₹19,744 crore. NITI Ayog, the government’s think tank, has estimated the cumulative value of the green hydrogen market to be $8 billion by 2030 and $ 340 billion by 2050.

Wealthy nations also must do their bit if the world is to succeed in containing the climate emergency by setting examples of policy and behavioural changes that work in their backyard and whose trade-offs are well recognised and accepted by their people, the survey said. It is not irresponsible that developing countries put their own growth and development aspirations ahead of their global climate obligations, the survey added.

“Our modelling assessment shows that India’s 500 GW renewable energy capacity target is more than what the economy would achieve just on the basis of market trends. In other words, the target would be realised only on the back of additional policy push,” said Vaibhav Chaturvedi, fellow at the Council on Energy, Environment and Water, a think tank. “This push is already evident in the revised renewable energy purchase obligation trajectory that the government has mandated for states.”

“The Economic Survey rightly links the issue of transition cost to that of availability of on-time and adequate finance,” Chaturvedi added. “This explicit recognition that climate mitigation and adaptation require finance that is additional to that needed for meeting India’s development goals is in line with the recent statement by India’s G20 Sherpa that the developed world hasn’t even met its annual commitment of $100 billion yet. Clearly, climate finance is going to be a big agenda for India in its G20 presidency.”