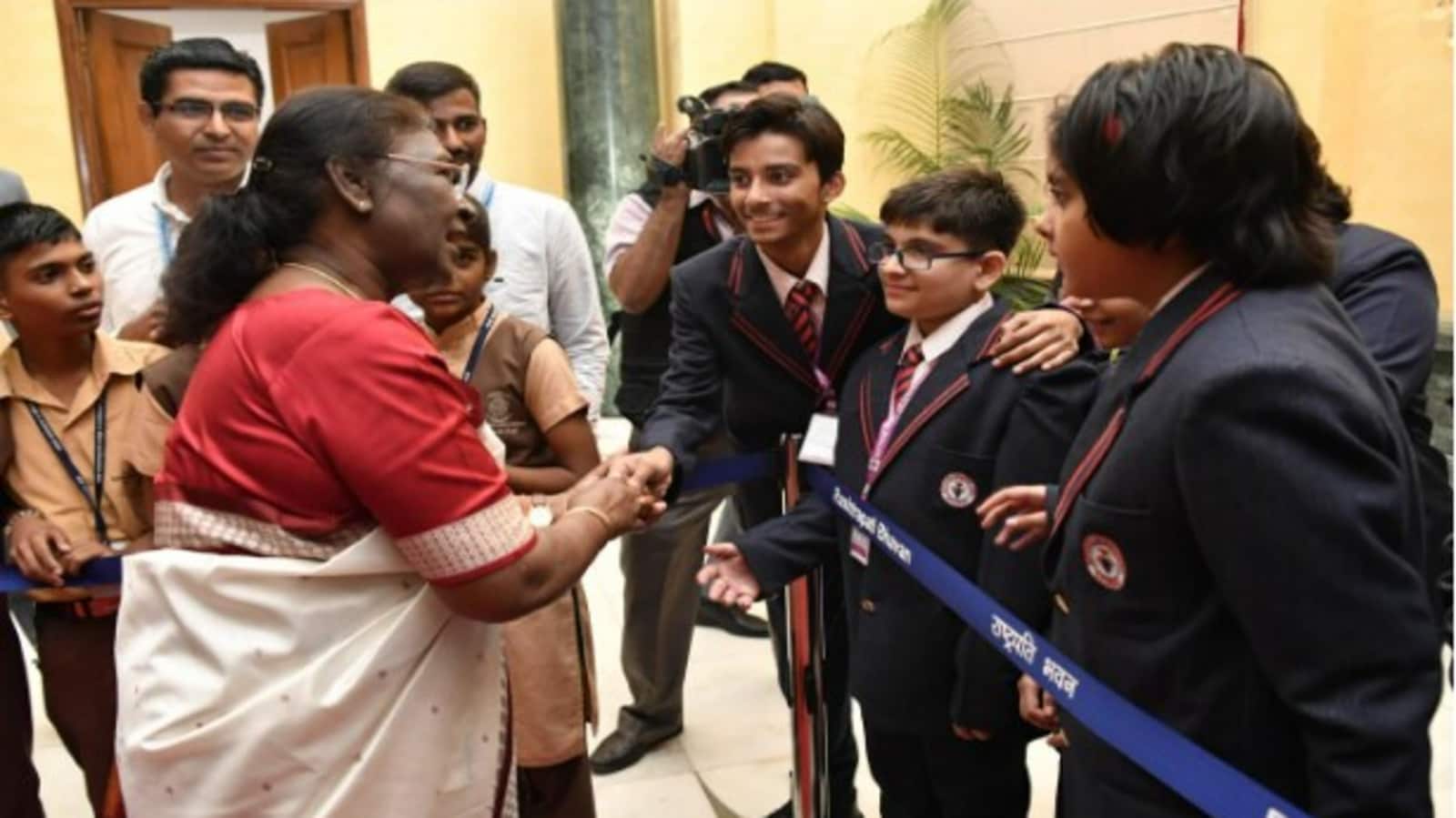 India, 20th January 2023: Educational institutions of today bear far greater responsibilities than merely producing academic geniuses. They have the onus to shape the leaders of tomorrow, and community service remains a non-negotiable agenda here. To that end, Sapphire International School, Noida, has emerged as one of the educational institutions where students are groomed in such a way that they grow proficient not only in terms of academic know-how and life skills but also acquire an inclusive and empathetic approach toward helping those in need.

Just recently, Sapphire Learners, who form a part of the Interact Club Learner Leadership Team, had the opportunity to meet the respected President of India, Smt Droupadi Murmu. As quoted by one of the students, “This was a wholesome experience for each of us as we got to meet India’s one of the most influential personalities and got to gather words of wisdom and larger-than-life insights from her.”

This meeting led to Sapphirians pledging to supersede their community service program by deciding to organize the Blood Donation Camp, which came to be held on 30th December 2022.

From what can be witnessed, Sapphire International School has always placed the need to sensitize students, make them aware of their surroundings, and nurture a sense of responsibility and empathy among them as a topmost priority. This has led to the school leading many social responsibility programs in unison with the students.

In the third quarter of 2022, Sapphirians participated in the Sheroes Hangout, where they met Acid Attack Survivors. The agenda was to make children aware of the circumstances that others are living in. The school management says this was an attempt at persuading children to come forward and be patient listeners to the woes of acid attack survivors where first-hand stories of courage and survival were shared. The meeting with the acid attack survivors helped make children more aware, present, and responsible.

Sapphire International School continued the momentum by deciding to give back to all the super moms who otherwise run around the clock for the sake of their children and families. The school hosted the Mom and Me Session – A program that extensively focussed on Ovarian Cancer Awareness. On this occasion, Dr. Sanjeev Arora, a surgical oncologist from Max Super Specialty hospital in association with Shasakt Foundation, was invited as the guest to discuss the causes, symptoms, and preventive measures associated with ovarian cancer. By the end of this event, the school was successful in reminding mothers to pause and take care of their respective health.

In August 2022, Sapphire International School took the initiative to educate its students about gender equality while persuading them to be torchbearers of the eradication of gender bias and discrimination. To throw light on the need for gender equality, the school hosted a rally on campus, the agenda of which remained to push for equal opportunities. The school wanted its students to understand and realize that no matter what, their gender would never act as a hurdle or come in the way of their personal and professional growth.

As an effort towards gender sensitization, the school hosted an intra-school competition, i.e., “Master Chef,” on 8th August 2022. While sharing her views, the Principal at Sapphire International School said, “In spite of the world moving forward and the 21st-century recognizing men and women as equals, there still existed a section, in fact, a majority one, that continued to be drawn by the superiority of the patriarchal system. We, being the mentors and guides of young minds, strongly feel it is high time to break this stereotype that was being passed on over centuries.” She further remarked, “The primary objective behind hosting this competition is to convey that cooking is not necessarily a gender-based skill but instead a survival skill that anyone at large can assume.”

Sapphire International School has proven to be a leading, responsible, and well-aware educational institute as far as offering support to people in need is concerned. Not once has this school missed staying true to its words of making community service a top priority by involving students at every step and in every sensitization activity. The school’s intention remains to raise an army of young minds who are socially responsible and driven so that every time a gap arises and help is expected, each of them remains equally forthcoming to be available at the service of others. Sapphirians truly deserve a round of applause! Isn’t it?

A week-long celebration this Republic Day at Phoenix United 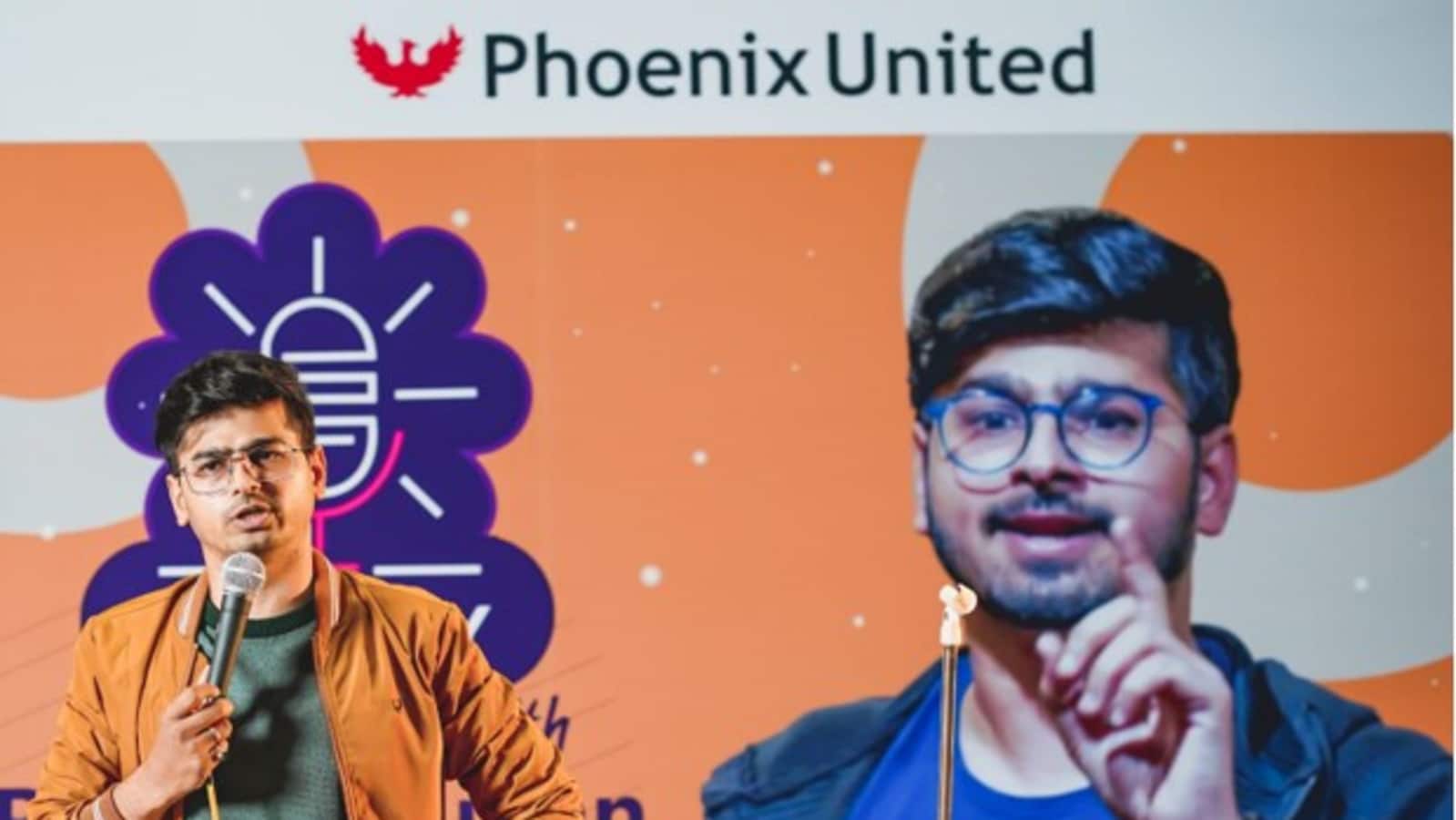 Lucknow, 27 January 2023: Phoenix United, Lucknow celebrated the 74th Republic Day with grand week-long shopping and entertainment activities from January 25th to 27th. The patrons of Phoenix United dived into entertaining activities organized at the mall with an ambience filled with laughter as Stand-Up Comedian, Rajat Chauhan was right there to fill their day with fun and laughter.

Followed by the stand-up comedy show was a Fancy Dress Competition where the Children were all decked up for a perfect platform for parents to let their children’s ideas meet creativity.

The Tricolor Tattoo competition was a complete package of madness, creativity, and love for the tricolor. Each design was distinctive in its own way and the tricolor blended magnificently. Not only this, but people also grabbed their hands on the lucrative deal offered at Phoenix United and won instant prizes worth Rs.3499 on shopping of Rs. 6999 or more from participating brands.

Disclaimer: This article is a paid publication and does not have journalistic/editorial involvement of Hindustan Times. Hindustan Times does not endorse/subscribe to the content(s) of the article/advertisement and/or view(s) expressed herein. Hindustan Times shall not in any manner, be responsible and/or liable in any manner whatsoever for all that is stated in the article and/or also with regard to the view(s), opinion(s), announcement(s), declaration(s), affirmation(s), etc., stated/featured in the same. 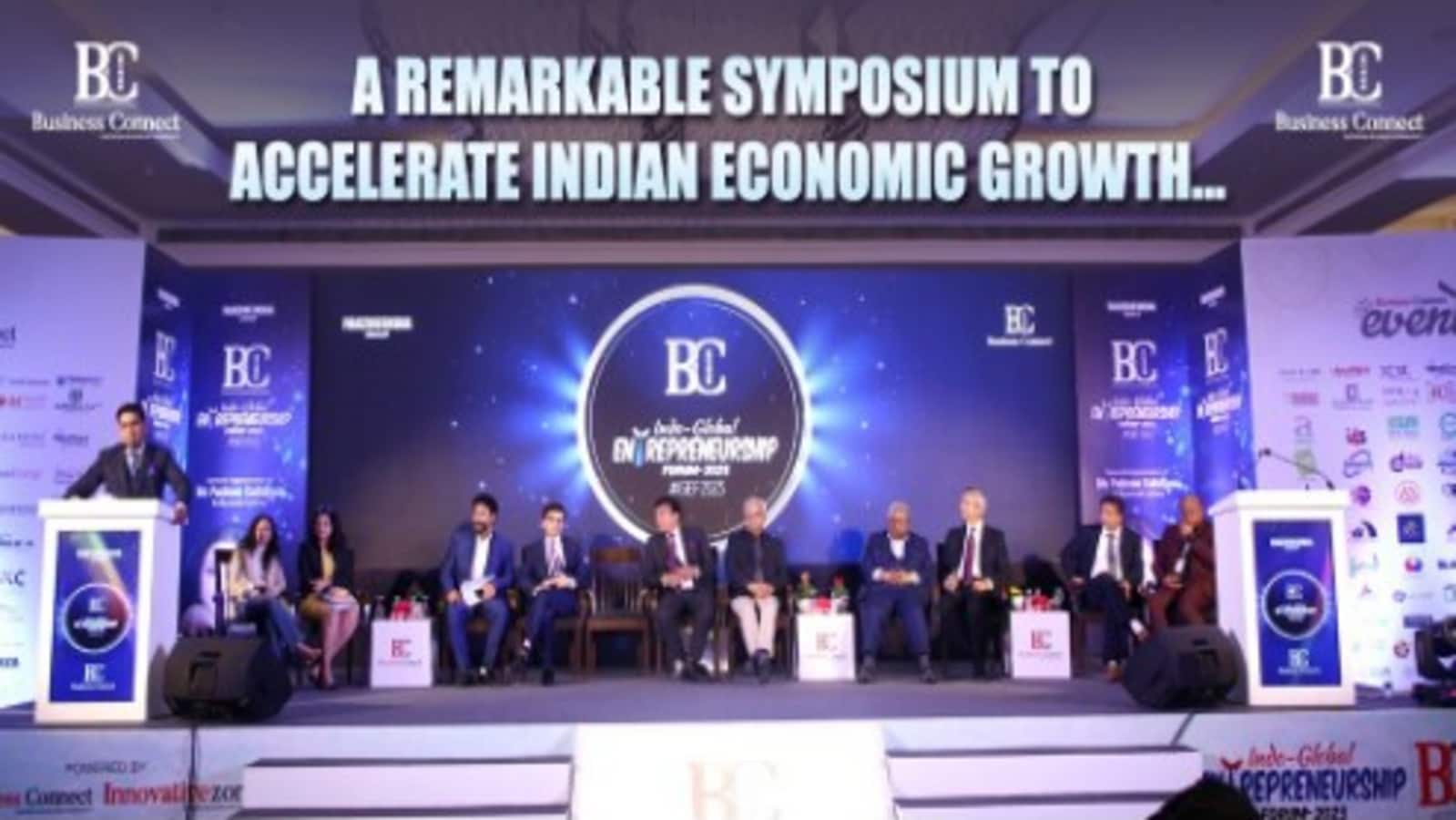 New Delhi (India), January 30: Business Connect gladly announces to all its congruent readers that it has successfully hosted one of its signature events, i.e. Indo-Global Entrepreneurship Forum 2023, on 21st January 2023. In line with the hosting’s inclusive theme- 5G to 5T – Achieving Sustainable Economic Goals under UN SDG with Education, it has been able to create a spur across the business community where dignitaries and leaders from different walks of life came together to discuss the subject as per their respective reasonings. As the guests arrived at the venue in succession, the event witnessed the gracious presence of the Bollywood actress- Padmini Kolhapure, who was the chief guest at the forum.

A brief about us

We act as a platform to connect business owners, executives, and venture capitalists from various industries. Through our monthly publication, we stay in touch with our readers and work consistently to reach the greatest readership rates among top investors and executives in India. Our primary goal is to share the inspiring tales of business ventures and inventions that have impacted the world of entrepreneurship. We are the greatest option to learn what transpired in the lives behind the scenes of all different types of flourishing and emerging businesses if your interest is in the global business industry. BUSINESS CONNECT is a window into the business leaders’ thoughts in India as well as a reflection of entrepreneurial activities taking place throughout the start-up ecosystem.

Concerning our forum, we would like to share the list of our venerated awardees who have been recognized with special titles for their extraordinary contribution across various industrial segments. The worthy mentions are as follows- 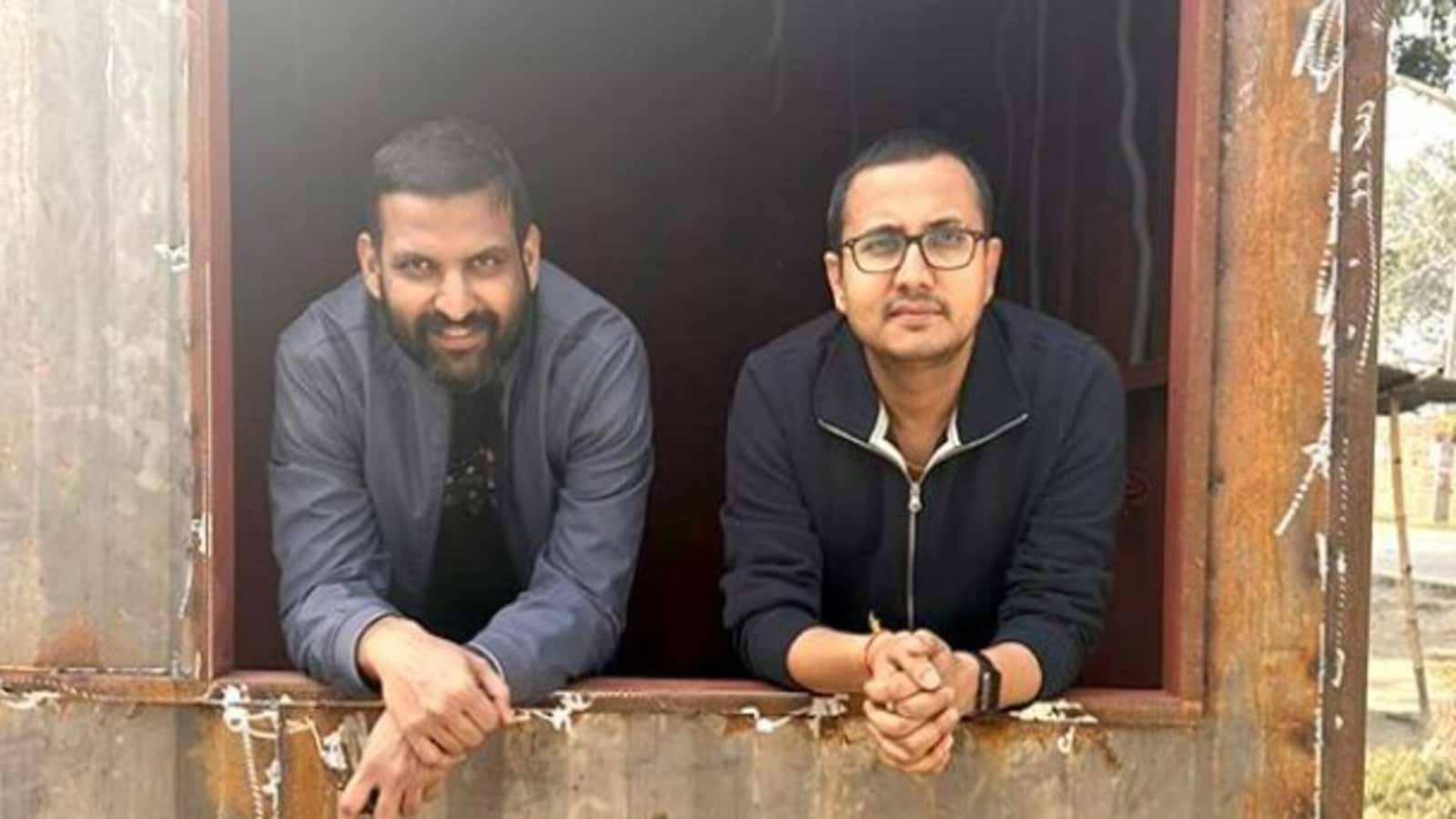 India, 31st January 2023: Bihar-based health-tech company Medanjali Healthtech recently garnered a whopping $1 million in seed funding from a family-run business in Dubai. The substantial fund will be dedicated to advancing the company’s noble and innovative cause of disrupting the healthcare system by expanding a robust network of “phygital” (physical and digital: hybrid) health centres across the country, particularly in rural areas where the upkeep and running as well as the establishment of healthcare infrastructure still remain challenges. Further, the fund will also be used to bolster the start-up’s operations, procurement, and infrastructure.

The social cause-oriented enterprise, founded by Brajesh Sharma and Sameer Chandrakar in August 2022, has in January launched its pilot operations via the 5 Medanjali Health Clinics (MHCs) in Bihar Marhaura, Nagra, Garkha, Parsa, Masrak, located in the Chhapra district. The clinics are part of the tech-powered rural healthcare model of the initiative, which leverages the latest AI and analytics technology to not only bring together expert healthcare professionals and rural beneficiaries but also expedite last-mile caregiving services.

About the funding round, Brajesh Sharma, Co-Founder shared on an elated note, “We are extremely delighted by this round of funding, which has massively boosted our cause to deliver quality and affordable rural healthcare, a prevalent concern in a country such as India.” Rural India remains the nation’s backbone in terms of population, labor, and food security, while healthcare services remain deficient and must be improved. With this fund, we are one step ahead of our goal to disrupt the healthcare system in India via our “phygital”—physical and digital—hybrid clinics.

Echoing his thoughts, Sameer Chandrakar, Co-Founder said, “Medanjali clinics will change the way we perceive healthcare.” “The digital interface, combined with the quality in-chamber facilities, will enable patients, especially those from remote villages, to access high-quality consultation at an affordable price, regardless of their geographical location.”

Furthering its cause of disease prevention and cure at the grassroots, Medhanjali Healthcare Pvt. Ltd. plans to establish clinics across the 534 panchayat blocks in Bihar within the next 2 years and become one of the foremost technology-based healthcare start-ups. Powering the revolutionary initiative stands a proactive team of 42, who are collectively working towards a massive expansion to an additional 50 clinics in the Chhapra, Siwan, and Gopalganj regions.