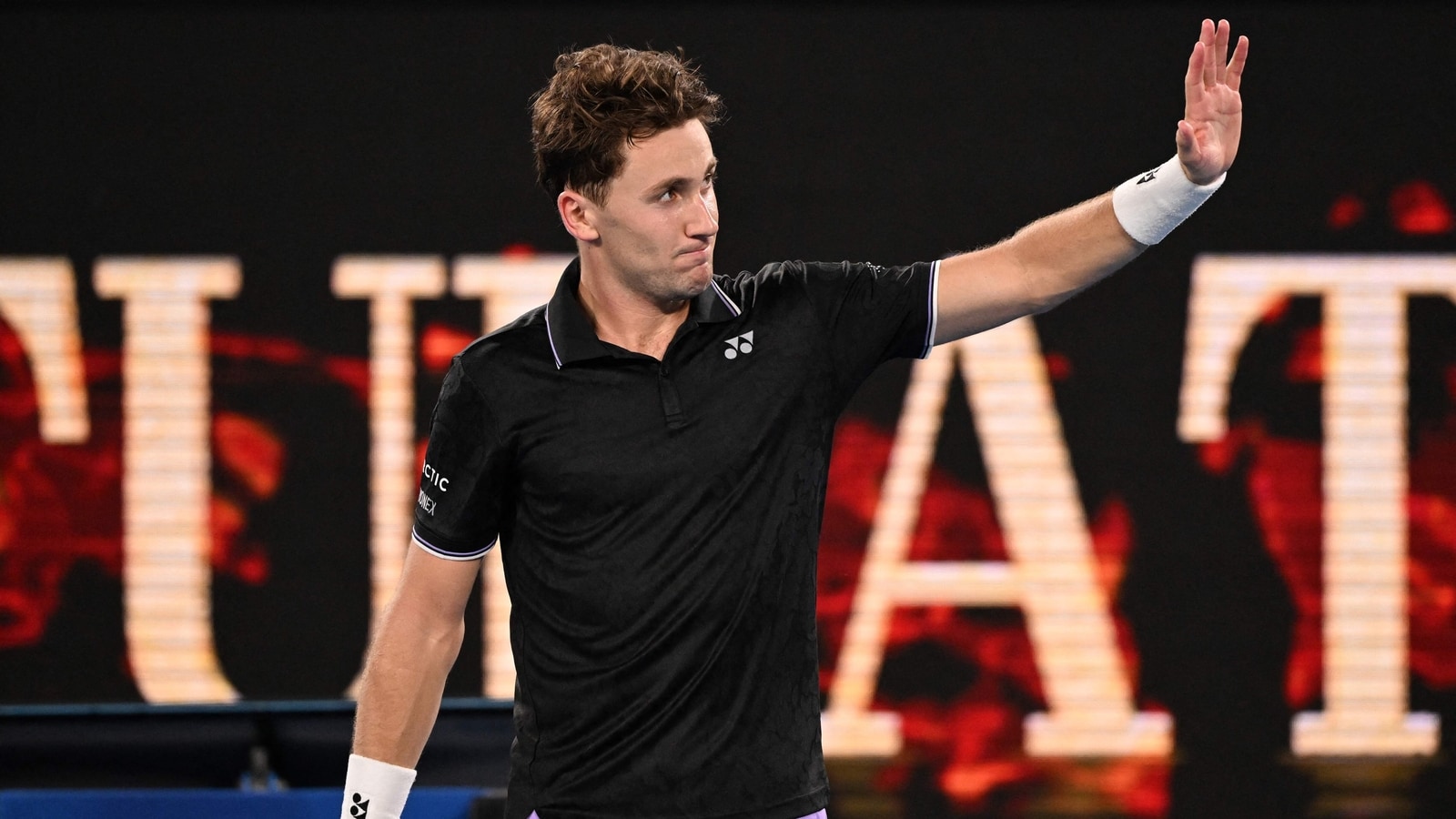 Norwegian second seed Casper Ruud battled through to the Australian Open second round on Tuesday as he kicked off a campaign that could see him become world number one.

He will next play American Jenson Brooksby who toppled Australian Christopher O’Connell.

“It’s been a long day,” said the world number three Ruud, whose build-up suffered an unexpected blow when he lost his first match at the Auckland Classic warm-up tournament.

“I’m very eager to hopefully have a good tournament and this was a good start, a tough one.

“Tomas played well, very aggressive, but I was able to come back and stay strong towards the end, so very happy,” he added.

Ruud missed last year’s event with an ankle injury, but recovered to enjoy a breakthrough 2022, reaching the final of both the French and US Opens.

He had a chance to top the rankings when he took on Carlos Alcaraz in the Flushing Meadows final, but the Spanish teenager won in four sets to take the title and with it the number one spot.

Alcaraz is not in Melbourne as he nurses an injury and three players could take the top ranking from him by lifting the trophy.

According to the governing body ATP, Ruud can also become world number one by simply reaching the final, as long as neither Djokovic nor Tsitsipas win the title.

If none of those scenarios play out, the reign of Alcaraz will continue. 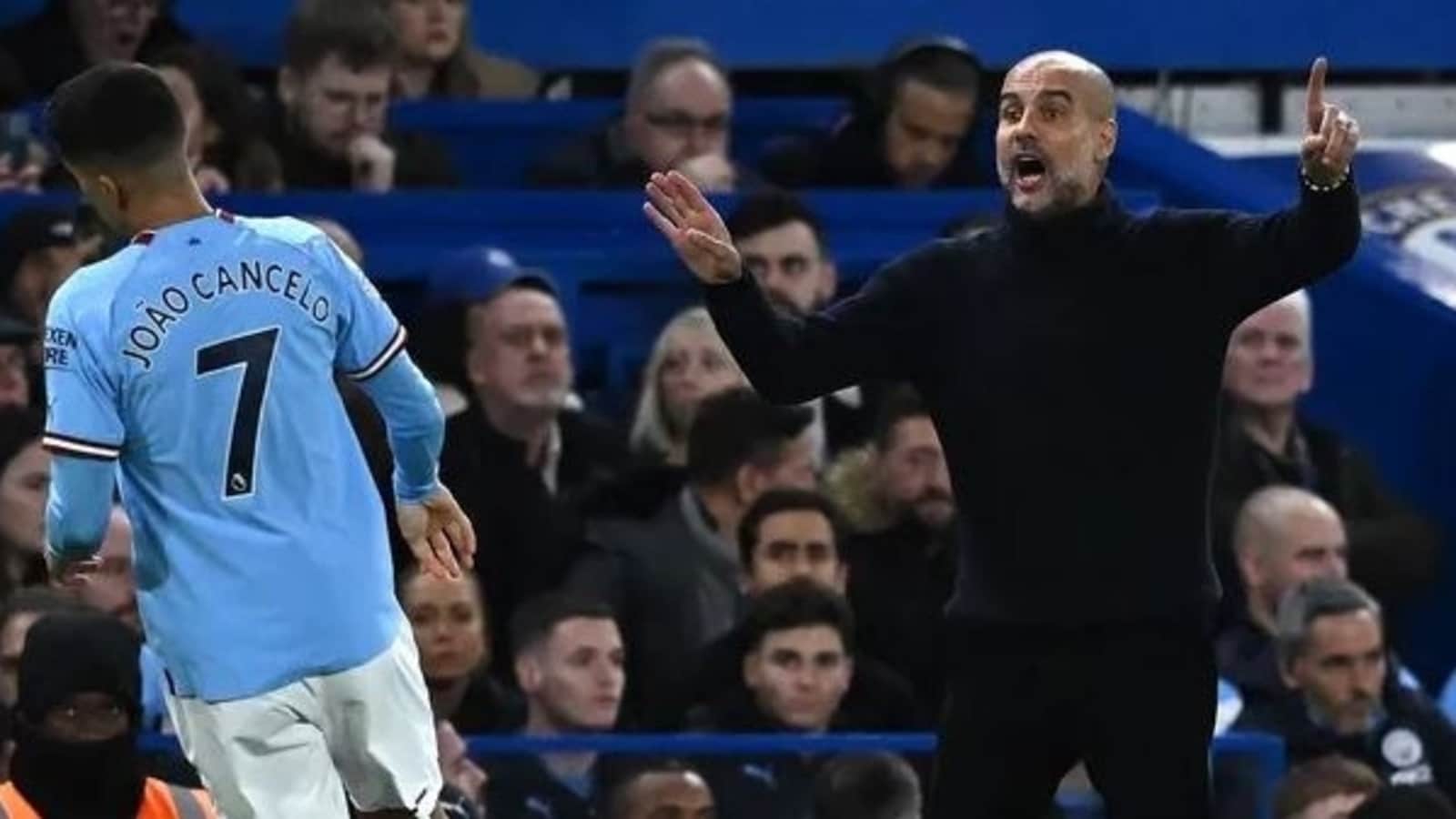 Portuguese defender Joao Cancelo is all set to part ways with Pep Guardiola’s Manchester City prior to the end of the January transfer deadline. The Manchester City star is heavily linked with Bundesliga giants Bayern Munich, who have reportedly acquired the services of the Portuguese right-back on loan. Manchester City had signed the Portugal right-back from Serie A giants Juventus in an eye-watering deal of £60 million.

Juventus had signed full-back Danilo from Manchester City for a fee of £34.1 million after allowing Cancelo to leave Serie A for the Premier League giants back in 2019. The star defender has appeared in the Primeira Liga and Serie A Team of the Year. The Portugal international recorded 33 appearances in his first season at Etihad. Regarded as one of the best full-backs in world football, Cancelo had a fruitful 2021-2022 season with Manchester City.

However, Cancelo had reportedly fallen behind the pecking order and the ex-Juve defender is expected to complete his transfer to Bayern Munich prior to the end of the 2022-2023 season. According to a report filed by Daily Mail, it has been learned that Man City will allow Cancelo to leave the club due to his ‘disruptive presence’ in the Etihad dressing room. Cancelo has voiced his concerns about the lack of playing time at Manchester City. The report also added that Cancelo’s relationship with head coach Guardiola deteriorated sharply after the FIFA World Cup 2022.

It should be noted that Cancelo has featured in just three times for Premier League holders Manchester City in the English top flight after Portugal’s campaign in the Qatar World Cup. Cancelo was also snubbed from Man City’s starting XI against the Wolves. According to journalist Fabrizio Romano, Bayern Munich have already completed Cancelo’s loan deal on Monday. Bayern also have €70 million buy option clause for Cancelo. The 28-year-old recorded 36 appearances for Premier League winners Man City last season. The Portugal international was also named in the PFA Premier League Team of the Year.