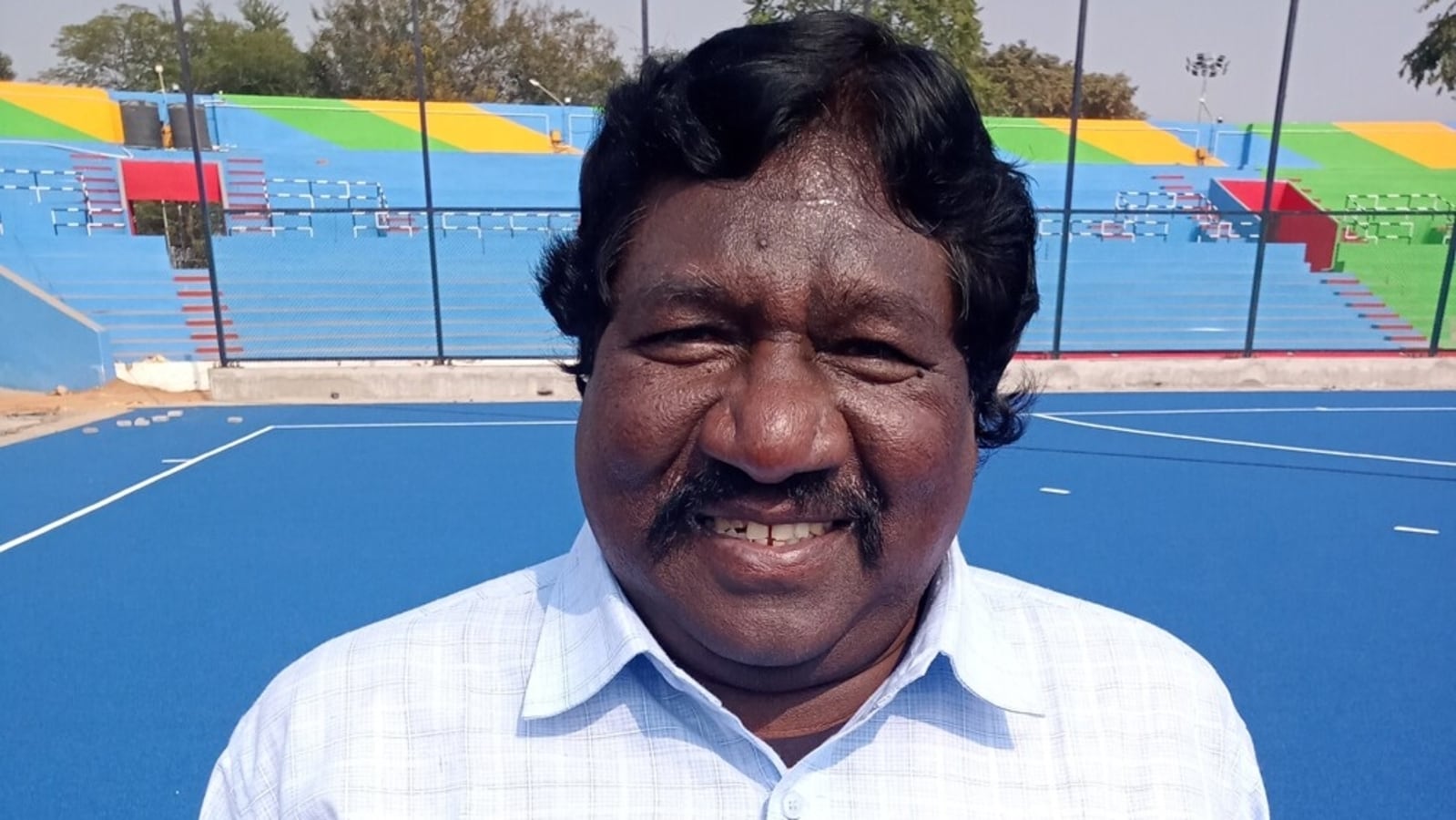 Odisha is in a festive mood. The eastern state hasn’t just become India’s but the world’s centre of hockey as it hosts its second successive World Cup, having staged several other top-tier tournaments.

The state boasts of two state-of-the-art stadiums, in Bhubaneswar and Rourkela. Hockey India president Dilip Tirkey, a former India skipper, hails from Odisha. Two medallists from the Tokyo Olympics – Amit Rohidas and Birendra Lakra – are also from the coastal state. Amidst all this celebration is an unsung hero, one who pioneered the hockey revolution in the state.

A few kilometres from Odisha’s new sporting jewel, the 21,800-seater Birsa Munda Hockey Stadium where the world’s best players feature in the World Cup, Peter Tirkey is busy guiding his trainees at the SAIL Hockey Academy.

Hailing from Rasrajpur village in the tribal Sundergarh district, Tirkey’s side finished fifth in the Malaysian capital where West Germany won the World Cup.

“Back then we had never played on artificial turf. Just before leaving for the World Cup, we went to New Delhi to train and get a feel of the artificial turf that had been newly laid at the National Stadium. It was the first artificial pitch in India and was laid just before the 1982 Asian Games,” Tirkey says.

“At the Junior World Cup, we had a big problem. Because of the unfamiliarity with the pitch, we took two matches to just get used to it as we used to play on grass. We didn’t understand the speed of the ball, how the pitch behaved after it was watered, how the ball was stopped.”

Tirkey was heartbroken and never returned to the national camp after that despite being called up multiple times. He decided he would only represent Odisha, for whom he played till 1991.

Though hockey was hugely popular in the country when Tirkey was growing up, it was nothing compared to the craze for the sport in Odisha, especially Sundergarh district. Tirkey was born into a family of farmers, the eldest of nine children. It was in his school years that he started playing. He fashioned a stick out of bamboo as his family couldn’t afford a proper one.

He dropped out of school after Class 10 to find work and support his family, but he was already bitten by the hockey bug having guided his school team to the final of a couple of inter-school tournaments. Before he knew, he was in the state sub-junior team and then made the cut for the juniors.

“I played two junior nationals without owning a stick. Back then a stick cost ₹18, which was a lot. I could not afford it. I used to borrow sticks to play at the nationals,” says Tirkey, who has produced 11 India internationals as a coach – senior and junior – including Olympic bronze medallist Birendra Lakra.

Tirkey played his first senior nationals in 1981 and started travelling around the country. He played for Odisha at the domestic level before being selected to the junior India team. He joined Indian conglomerate Larsen & Toubro in 1980 and worked there for seven years before joining SAIL’s Rourkela Steel Plant in 1988.

In 1992, when SAIL started a hockey academy, he joined its coaching staff. He was part of it until retirement on December 31. He is likely to get an extension.

“The great Michael Kindo (1975 World Cup-winner) who died recently was here and recruitment for sports was taking place. He asked me to join saying he wanted to boost hockey in the area, organise local tournaments, etc., which is when I started coaching,” says Tirkey. “When Kindo left, one of my students joined me and both of us have been the coaches since.”

Tirkey has been taking his wards to watch World Cup matches at the grand stadium in Rourkela. “They are learning a lot, watching top-class action unfold in front of their eyes,” he concludes.

PV Sindhu opens up on comeback, loss to Marin and coach’s emotional outpour