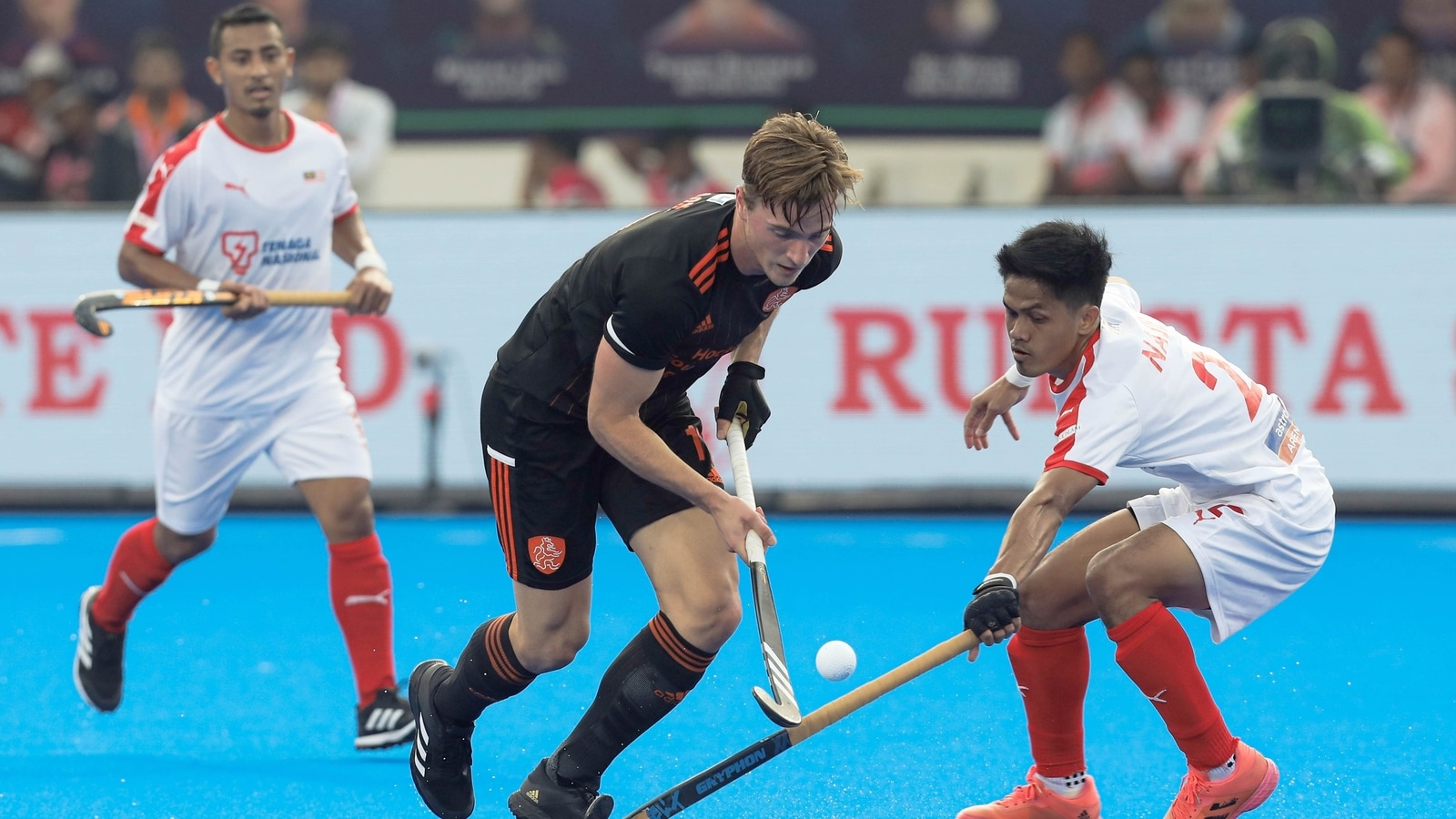 In the opening match of the day, Sam Hiha (11th, 18th minutes) scored two field goals in the opening two quarters, while Sam Lane opened the account for the Black Sticks with another field strike in the ninth minute.

Chile’s lone goal came from the stick of Ignacio Contardo in the 49th minute.

In the other match of Pool C, Thijs van Dam scored a field goal in the 19th minute to hand world no.3 Netherlands, who won the title in 1973, 1990 and 1998, the lead before Jip Janssen converted a penalty stroke four minutes later.

Teun Beins (46th) made it 3-0 for the Netherlands by converting a penalty corner a minute into the fourth and final quarter, while Jorrit Croon scored the final goal a minute before the final hooter.

The Dutchman are atop Pool C on account of better goal difference than New Zealand, who also have three points from the win.

While Netherlands and New Zealand will lock horns in their next pool match on Monday, Malaysia will take on Chile on the same day.

Later in the day, reigning world champions Belgium will be up against Korea, while world no.4 Germany will take on Japan in Pool B matches in Bhubaneswar.