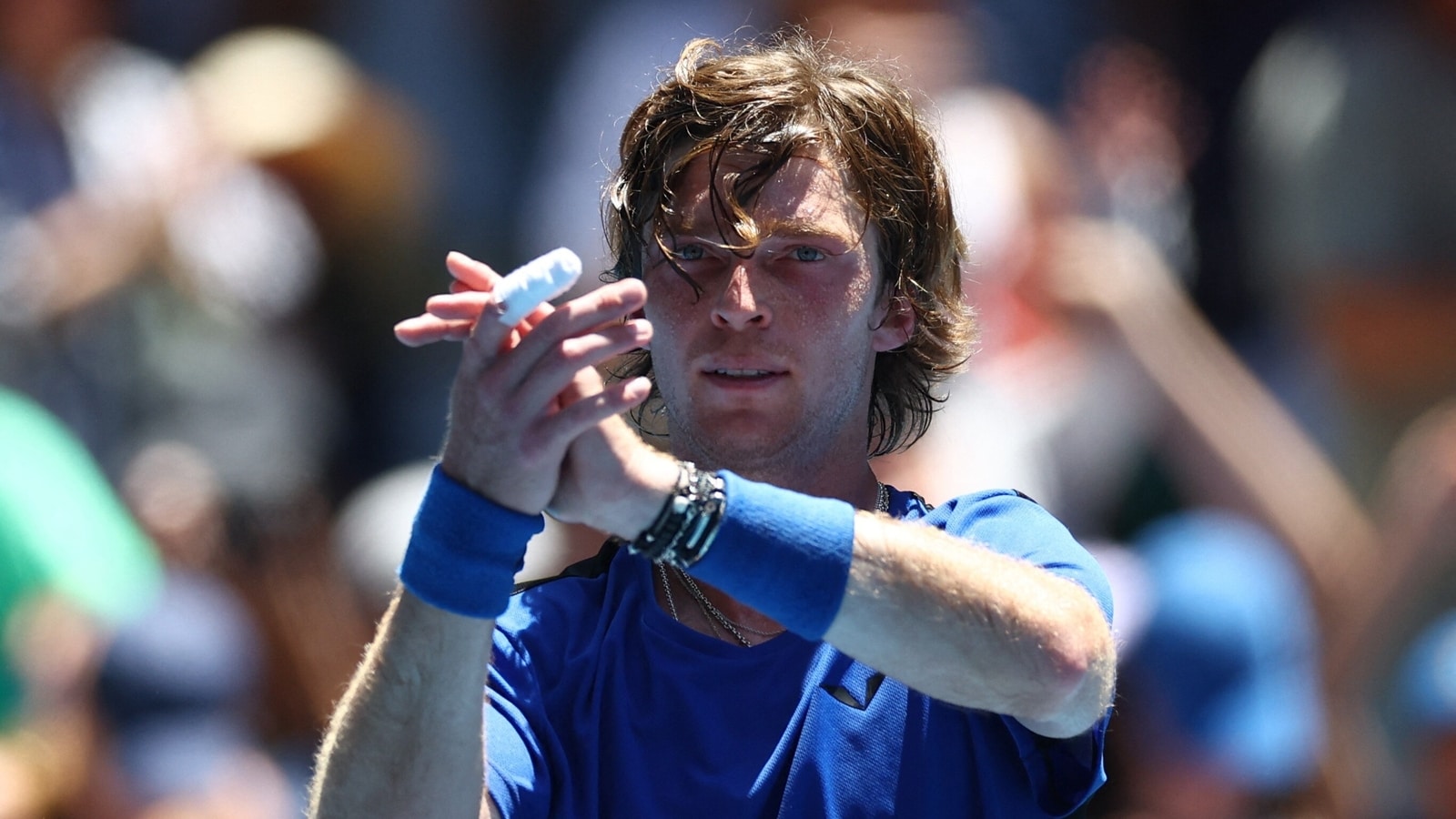 Fifth seed A﻿ndrey Rublev brought an end to the Australian Open campaign of former Grand Slam champion Dominic Thiem in the opening round on Tuesday when he overpowered the Austrian 6-3 6-4 6-2 on a sweltering John Cain Arena.

Thiem, a finalist at Melbourne Park and U.S. Open champion in 2020, is on the comeback trail after a wrist injury and was able to compete only to a certain extent against the power of the rangy Russian.

In a match studded with high quality rallies between the two baseliners, Rublev broke for a 5-3 lead in the opening set, for 5-4 in the second and, after a huge roar, for 2-1 in the third.

Thiem was simply unable to get a foothold in the contest and the 25-year-old Rublev, a quarter-finalist at the Australian Open in 2021, served out for the match after little more than two hours on court.

“We are really good friends and I know he is going through not so easy times … and I hope he can get back to the level he belongs as fast as possible,” Rublev said of the former world number three.

“It’s super hot today so I’m super happy I was able to win in straight sets and save some energy for the next match.

“The hotter it is, the tougher it is to make the right decisions, the tougher to move. When you start to think the other guy is also feeling the same, it’s a bit easier.”

Rublev, like all Russian and Belarusian players, is competing at the tournament without national affiliation as a result of last year’s invasion of Ukraine.

Tennis Australia on Tuesday morning banned fans from bringing flags of either nation into the Melbourne Park precinct after a Russian tricolour was hung on a bush next to a court where Ukrainian Kateryna Baindl was playing on Monday.

The heat was the other main topic of conversation on the second day of the championships as temperatures soared towards a forecast high of 36 degrees Celsius (96.8°F).

Play was suspended on the outside courts shortly after 2 p.m. (0300 GMT) local time as the tournament’s Extreme Heat Policy came into play.

Fifth seed Sabalenka, who opened the year by winning the Adelaide International 1 title without losing a set, kept up her fine form with an emphatic 6-1 6-4 victory over Tereza Martincova.

“It wasn’t that easy a match and I’m super happy to start with a win,” said the Belarusian.

“I need to work on my mindset, not getting upset with every mistake I am making, I truly believe that this is the only thing that is missing in my game.”

Fourth seed Garcia, who won the WTA Finals last season, was equally convincing with a 6-3 6-0 win over Canadian qualifier Katherine Sebov in just over an hour.

Garcia will next face another Canadian in 2021 U.S. Open finalist Leylah Fernandez, who came from an early break down to beat Alize Cornet 7-5 6-2.

Italian Martina Trevisan was the first seed to fall on Tuesday. The 21st seed went down 6-3 6-2 to Slovakian qualifier Anna Karolina Schmiedlova.

Novak Djokovic will begin his bid for a record-extending 10th title at Melbourne Park against Spaniard Roberto Carballes Baena in the final match of the day on Rod Laver Arena.

PV Sindhu opens up on comeback, loss to Marin and coach’s emotional outpour