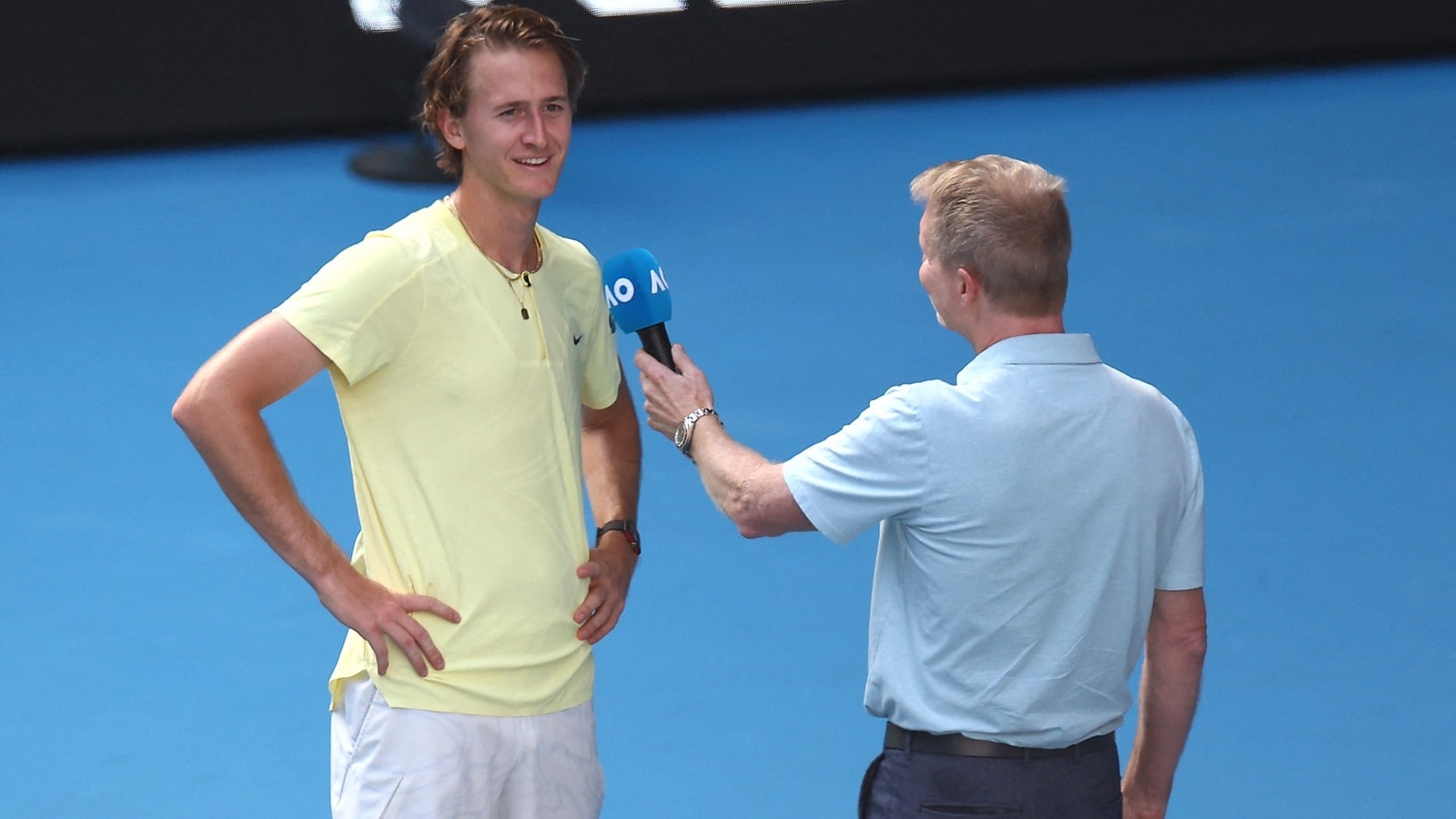 On either side of the player entrance that leads to Rod Laver Arena, pillar-like screens flash details of the past Australian Open champions. Walking ahead of Daniil Medvedev, Sebastian Korda glanced towards and tapped on one—Petr Korda, CZE, 1998.

Korda went on to beat Russia’s former world No 1 Medvedev in straight sets and two days later in the fourth round edged past Polish 10th seed Hubert Hurkacz 3-6, 6-3, 6-2, 1-6, 7-6(10-7) on Sunday. On the same court in which his father Petr went all the way 25 years ago, Korda sealed his first Grand Slam quarter-final spot. The 22-year-old’s Slam breakthrough in Melbourne—a city that gave Petr his lone singles Slam success—may have come in just his second main draw appearance there, but it is hardly out of the blue.

Rewind to the start of the 2021 season when the American, ranked outside the top 100 then, had made the cut for the Australian Open qualifiers. The 22-year-old though chose to stay away from Melbourne Park and instead play a low-key Challenger in Quimper, France. The idea, simply, was to get more matches and victories under the belt. Sure enough, he won that tournament.

By then, Korda—groomed in the early days by Petr and his mother Regina, also a former top-30 women’s pro, is coached by Radek Stepanek and mentored by Andre Agassi—was already aware of “how good a tennis player I can be”.

A few months prior to that in October 2020, Korda made the Round of 16 of the autumnal French Open as a 213th-ranked qualifier. There, he played his idol Rafael Nadal, going down in straight sets yet not blown away. The name and nature of his run pushed him into the spotlight, but, again, he chose to move back down to the testing grind of the second-tier circuit.

A month on, it earned him his first title since turning pro in 2018, at the ATP Eckental Challenger beating India’s Ramkumar Ramanathan in the final. That would be the start of Korda’s steady yet significant strides on the tour. In 2021, after winning the Quimper Challenger to break into the top-100 ranking, Korda reached the quarter-finals of the ATP Masters in Miami, lifted his maiden ATP 250 title in Parma and made the final of Next Gen ATP Finals losing to Carlos Alcaraz.

Even as his fellow Spanish Next Gen star-to-be dashed through the fast lane in 2022, Korda, who lost back-to-back ATP 250 finals last year, was happy to go through a term he uses quite often—process.

“Professional tennis, as I understand it, is a process that can take time,” Korda said in an interview with this paper in 2021. “I’m lucky that I have the time and am prepared to do all the hard work. I didn’t always understand this, but this is what I have learned.”

Be it from that straight-sets loss to Nadal or the three-set defeat from match point to Novak Djokovic in the Adelaide final earlier this month, Korda’s learning is as quick as his aggressive game style. At the Australian Open, he pulled off two tight tiebreakers with Medvedev and against Hurkacz, and kept his composure warding off two break points at 5-5 in the deciding fifth set. It did not waver even after his comfortable 7-3 lead in the match tiebreak had been erased.

“I think I’m really good at just kind of moving forward, learning from my mistakes, what I’ve done in the past, then using them in matches like this,” Korda, who will take on Karen Khachanov in the last eight, said on Sunday.

“All those little moments that I’ve gone through, the kind of learning from them, staying patient, staying positive, going through the process, I think it has really helped me going forward.”

Kunlavut Vitidsarn, An Se-young win titles as Gen Next rises at India Open