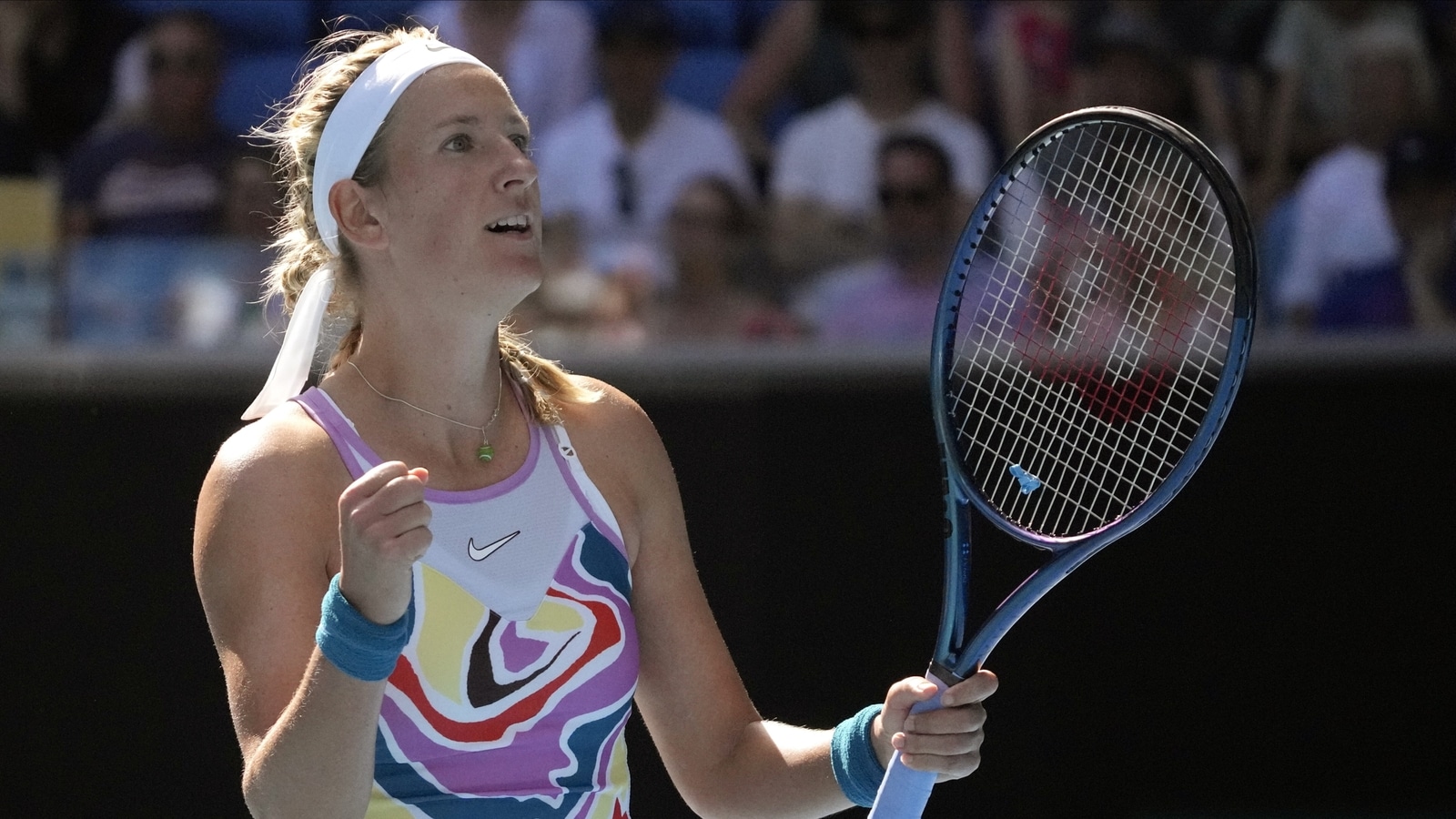 Victoria Azarenka confessed to some nerves before coming through a tough first-round battle against Sofia Kenin 6-4 7-6(3) on Monday to ensure she would be the only former Australian Open champion remaining in the women’s draw.

The 33-year-old Belarusian, champion in 2012 and 2013, said she had been concerned at playing Kenin even if the American had suffered an appalling run of injuries since she won her first Grand Slam at Melbourne Park in 2020.

“She’s an amazing champion, I know she’s had some injuries but she has the experience and I knew it was going to be a tough match,” the 24th seed said after the two-hour struggle.

“I also thought she was coming in with nothing to lose so I knew she was going to play well, play freely. First matches, especially in the first Grand Slam of the year, are never easy and I was very nervous before my match today.

“I couldn’t find my best tennis today so I was just trying to fight step-by-step so I was able to find a way. Today was about that.”

Kenin will perhaps have been encouraged by her fighting display on Margaret Court Arena after three years blighted by injuries, illness and off-court issues.

The 24-year-old took a 3-0 lead in the opening set after an early break only for Azarenka to notch up the power and rattle off five successive games. Kenin fought gamely to hold serve for 5-4 but Azarenka made no mistake when serving for the set.

The second set was much tighter with the key moment coming in the tiebreak when Azarenka boomed down her fifth ace and Kenin responded lamely with a double fault.

Azarenka, who will next meet lucky loser Leolia Jeanjean or Nadia Podoroska at her 15th Australian Open, said her pre-match nerves were a testament to how much it meant to her to be playing at Grand Slams.

“We work hard every day,” she said. “The off season is full of blood, sweat and tears so we can go out there and do our best. It’s high pressure so I still feel nervous.”