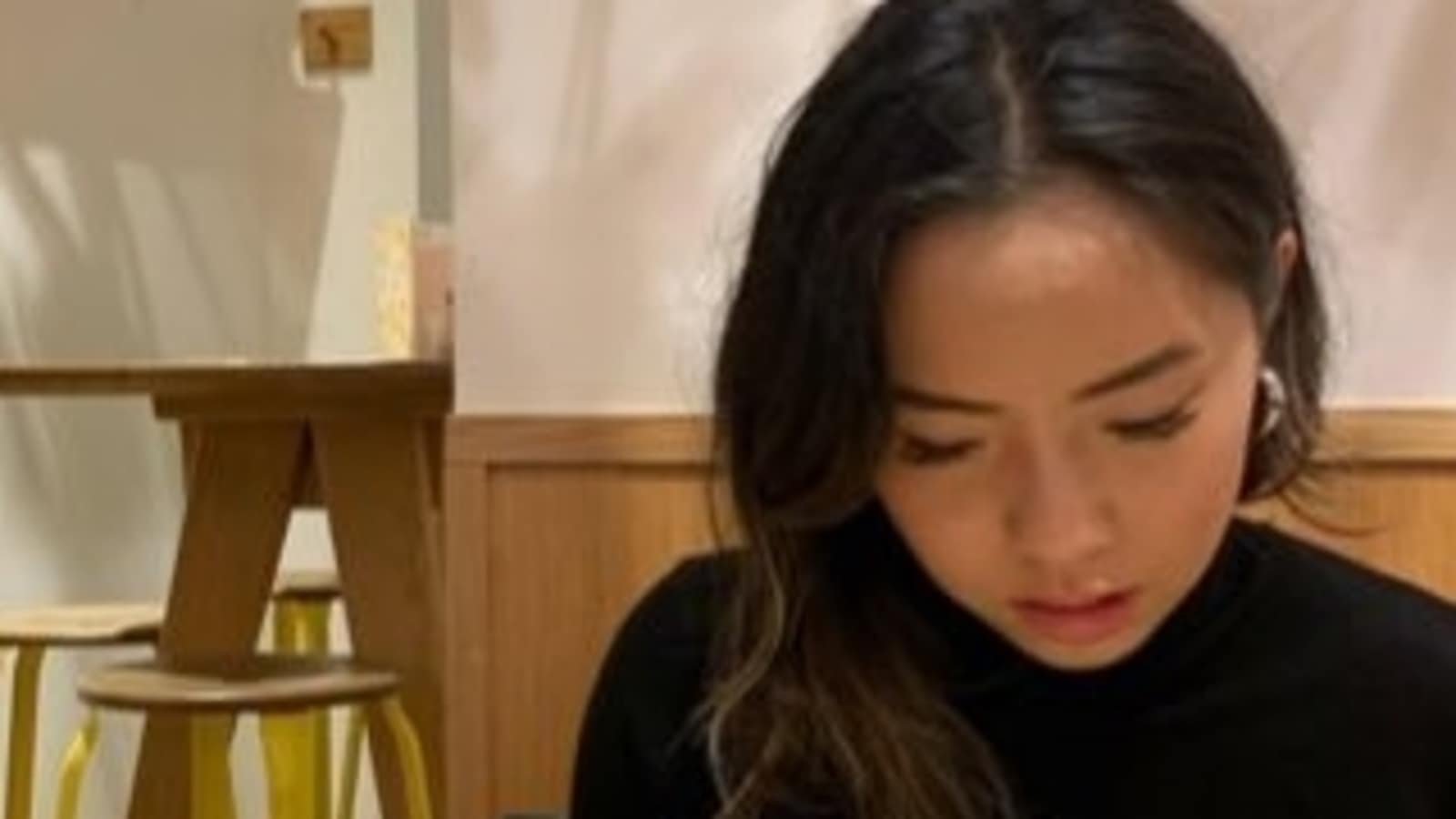 A woman who documented the journey of landing her dream job at Spotify, which started in 2021 thanks to a themed resume, has now shared she was fired in the recent layoffs. In April last year, Emily Vu was hired as a PM intern with the digital music service after her green and grey coloured resume, in sync with Spotify’s theme, went viral on Twitter.

A Spotify employee, who chanced upon the resume, had urged her to apply for a vacant position. Five months later, she was promoted to associate product manager position at the company. In a follow up tweet, she wrote,“Thank you to everyone who has followed my journey – i couldn’t have done it without y’all (seriously). i love the internet.”

Cut to 2022, Vu announced in the similar way that she shared her initial job updates, that she was sacked. On Wednesday, she posted her viral resume and wrote, “…I’m heartbroken that my time at Spotify was cut so short, but i’m excited to start this new chapter of my career.” She also added that she was on the lookout for new opportunities in the field.

Netizens poured in support for Vu with many wishing her the best for the “journey” ahead. One user lauded her app-themed resume and commented, “Your tweet (and design) spawned ten thousand copycats. You should be proud of what you accomplished.”

The Sweden-based music streaming giant on Monday said it’s slashing 6% of its staff, about 600 employees from a total workforce of around 9,800 people. In an internal note sent to employees, CEO Daniel Ek took full responsibility for the action. Dawn Ostroff, head of content and advertising, has also decided to leave the company. The fired employees are entitled to an average of five months of severance, healthcare coverage, and immigration assistance, according the notification on the company website.

‘Investigating outage’, says Microsoft as Teams, Outlook down for users in India 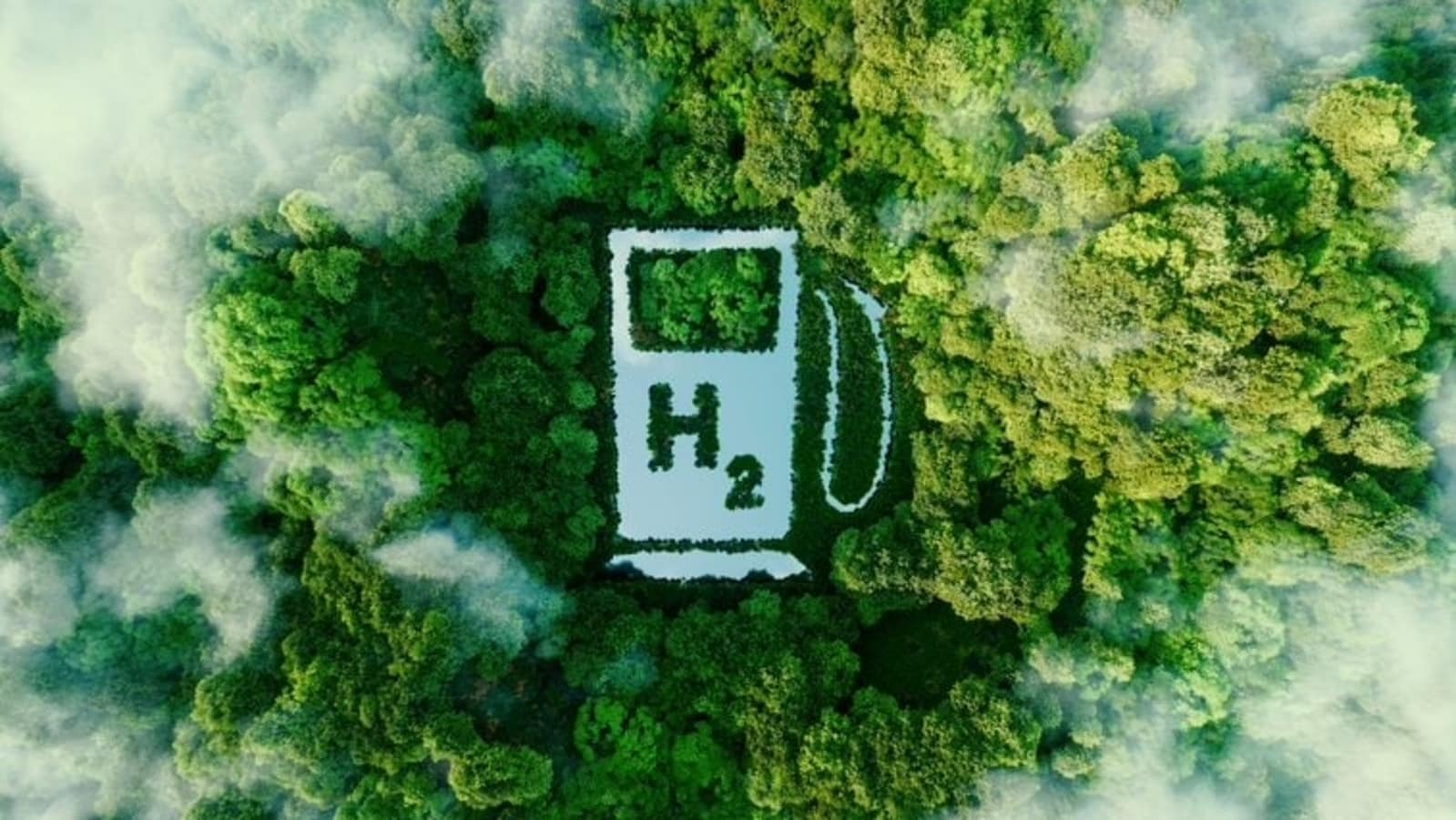 Railways Minister Ashwini Vaishnaw on Wednesday announced that India will have its first hydrogen train designed and manufactured locally by December 2023 on the Kalka-Shimla historic circuit. Although hydrogen-powered train technology is still in its infancy with only a few countries using it on a limited basis, India’s early adoption is regarded as a significant step toward green initiatives.

The upcoming hydrogen-powered trains will be known as Vande Metro. It will initially run on historic, narrow-gauge routes including the Darjeeling Himalayan Railway, the Nilgiri Mountain Railway, the Kalka Shimla Railwa y, the Matheran Hill Railway, the Kangra Valley, the Bilmora Waghai, and the Marwar-Devgarh Madriya, which will make travel more environmentally friendly.

What are hydrogen trains?

The fact that hydrogen trains do not emit harmful pollutants such as carbon dioxide, nitrogen oxides, or particulate matter makes them a more environmentally friendly option than traditional diesel trains. Another benefit is that hydrogen can be produced using renewable energy sources such as wind, solar, or hydro power, making the fuel supply for these trains clean and renewable.

The high cost of hydrogen trains is a major impediment to their widespread use. Green hydrogen (hydrogen produced using renewable energy) costs about INR 492/kg in India, according to the research and ratings agency ICRA. As a result, the operating cost of a fuel cell-based hydrogen engine will be 27% higher than that of a diesel engine. There will also be the added cost of fuel cells and storage.

Safety issues should also be well considered before adapting the technology on mass usage.

If ChatGPT were India’s finance minister, ‘ideal budget’ would look like this 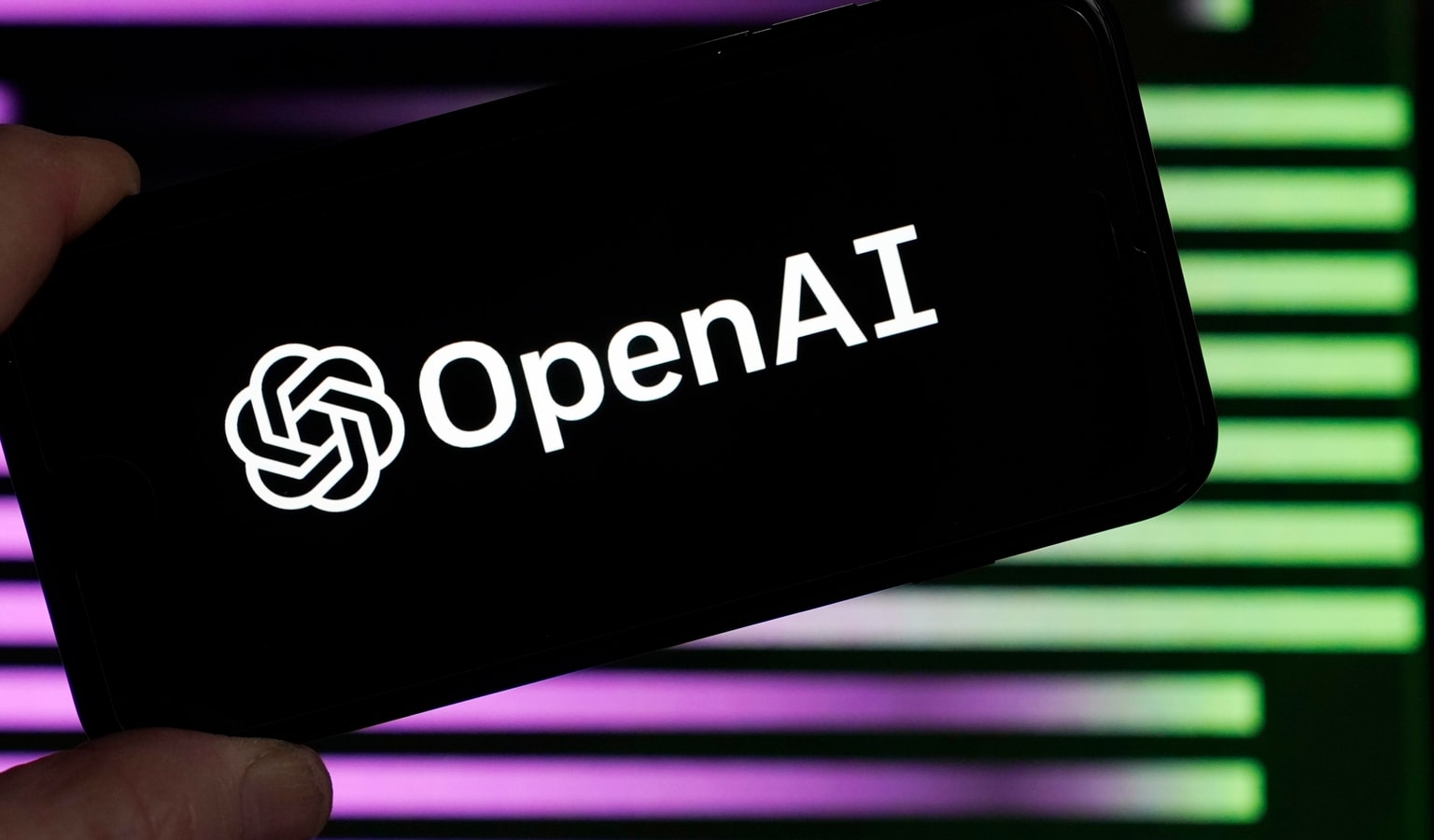 Budget season brings with it a flurry of demands from all sectors of the economy with expectations of tax relief and greater outlays. As all eyes were on the last full budget of the PM Modi government, finance minister Nirmala Sitharaman on Wednesday announced several measures including major relief to taxpayers by raising the rebate limit to ₹7 lakh under a new tax regime.

Amidst expectations flying high, OpenAI’s artificial intelligence tool ChatGPT, too, had a few inputs. From acing US medical licensing exams to fixing bugs in computer code, the AI chatbot which uses Natural Language Processing has been going viral on social media.

If ChatGPT were the union finance minister, would it provide tax relief to the middle class and accelerate the GDP of the country? A Twitter user – whose handle is @aparanjape – shared the chatbot’s recommendations to the question “what is an ideal budget?”

According to ChatGPT, India’s union budget should focus on creating jobs and economic growth coupled with higher investments in the education, healthcare and infrastructure sectors. It also added that the fiscal deficit should be controlled and government spending should be reduced. And how do you lower the fiscal deficit? It has answers to that, too.

Austerity measures, raising tax revenue, slashing subsidies, reducing debt by limiting new borrowing, and focusing on investments in sectors with high economic return are some of the solutions provided by ChatGPT.

The Narendra Modi government will focus on economic growth and job creation and cut down the fiscal deficit, Sitharaman said, ironically similar to the ChatGPT budget. She also said the enhanced capex of ₹10 lakh crore for infrastructure development is at 3.3 per cent of the GDP.

A simplified and reformed tax system, with schemes to reduce income equality and poverty were suggested by the tool. Foreign investors and entrepreneurs should be incentivised with better ease of doing business and modernised technology, it stated. Steps to reduce carbon footprint and other sustainable initiatives should be implemented, while boosting the agriculture and rural sector. Sitharaman also focused on ‘green growth efforts’ to transition to a low-carbon intensity economy and increase green employment opportunities.

On taxation slabs, it suggested a basic exemption limit for all taxpayers to reduce the burden on low-income earners. The super rich should be levied a higher tax, while companies should be taxed at separate rates depending on the type of business. It also added a note that the details would vary depending on the politics and economy.

The Twitter user also shared more screenshots of ChatGPT offering measures in the field of agricultural subsidies, startups and measures to help India achieve double digit growth rates. Amused netizens joked that ChatGPT could “replace the finance minister and prime minister.” One user wrote, “It might do a much better job than our FM and PM!! 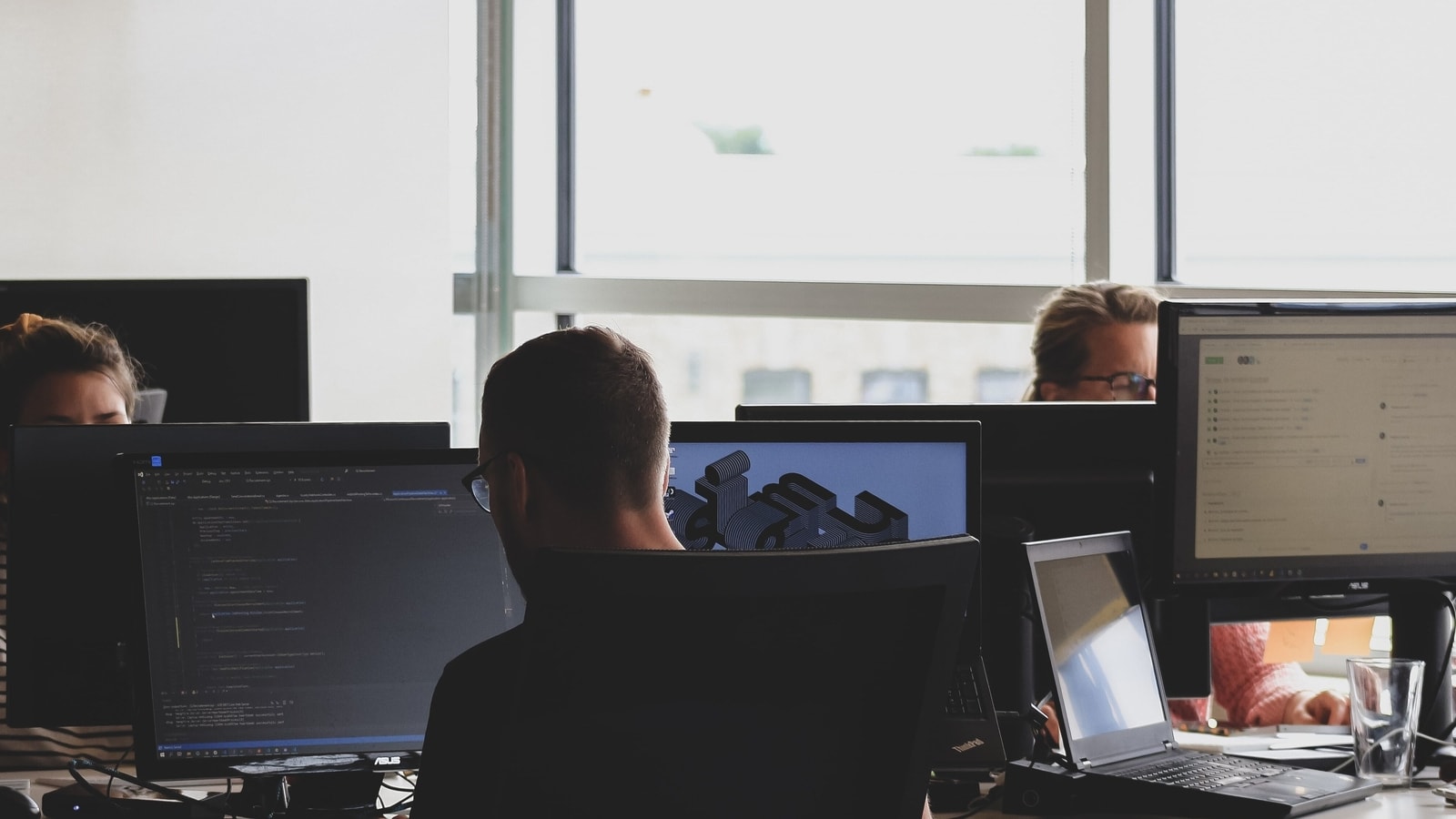 Intel Corp., struggling with a rapid drop in revenue and earnings, is cutting management pay across the company to save cash it needs to invest in a turnaround plan.

Chief Executive Officer Pat Gelsinger is taking a 25% cut to his base salary, the chipmaker said Tuesday. His executive leadership team will see their pay packets decreased by 15%. Senior managers will take a 10% reduction, and the compensation for mid-level managers will be cut by 5%.

Hourly workers and employees below the seventh tier in the company’s system won’t be affected.

“As we continue to navigate macroeconomic headwinds and work to reduce costs across the company, we’ve made several adjustments to our 2023 employee compensation and rewards programs,” Intel said in a statement. “These changes are designed to impact our executive population more significantly and will help support the investments and overall workforce needed to accelerate our transformation and achieve our long-term strategy.”